A regional daily turned black in memory of a young footballer killed after being struck by lightning.

Blackpool daily The Gazette has mourned the loss of Jordan Banks, who died shortly after the freak incident which occurred while he was attending a football training session on Tuesday evening.

The Gazette’s front page, designed by Aidan Townsend showed a smiling photograph of the nine-year-old set against a black background.

It also featured images of nine footballs in reference to an image social media users have been urged to share in Jordan’s memory. 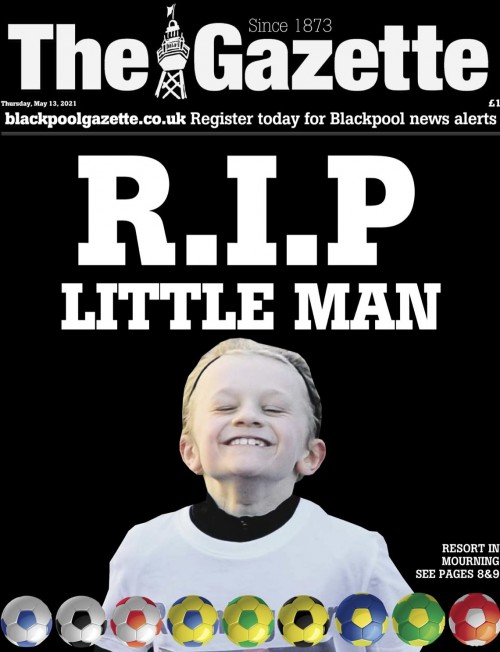 Nicola told HTFP: “This story is about a joyous and generous little boy, taken for no reason.

“His loss has touched hearts across the world.

“But here in Blackpool, this is personal, and we needed a front page that spoke volumes on behalf of a shocked and grieving community without saying much at all.

“Our thoughts remain with Jordan’s family and those who loved him.”