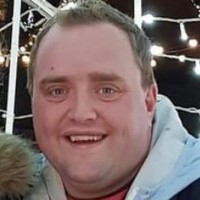 A child sex attacker who claimed a regional daily misled readers into thinking he was an adult when he committed his crimes has had his complaint rejected by the press watchdog.

The Independent Press Standards Organisation has sided with the Huddersfield Daily Examiner after Barry Henson complained about its coverage of his case.

The story in question, which only appeared online, was headlined ‘Child sex attacker Barry Henson threatened to kill little girl’s pet […] if she told of abuse’.

The sex offender, pictured, believed this would mislead readers into believing that the offences had occurred when he was an adult, given a photograph of him as a grown-up was used to accompany the piece.

But IPSO found the sub-headline ‘Barry Henson was 12 when he sexually abused a young girl’ and the story itself had made clear his actual age when the offences occurred.

Complaining under Clause 1 (Accuracy) of the Editors’ Code of Practice, Henson also claimed it was inaccurate for the Examiner to report a number of accusations that had been heard in court, rather than specific criminal offences to which he had pleaded guilty.

Denying a breach of Code, the Examiner said the headline claim that Henson was a ‘child sex attacker’ was set out in the story, namely that he had been convicted of a sexual offence involving a child who was too young to consent.

It also provided the reporter’s contemporaneous notes to IPSO, which had been taken in court, and which demonstrated that it had been heard that Henson had sexually touched the victim and coerced her into carrying out sex acts on him, drawn up a contract with the victim in an attempt to keep the crimes secret and threatened to kill the victim’s pet.

In response, Henson said he had only pleaded on the basis of licking the girl’s genitalia and the story did not make this, nor specify the exact basis of his plea, clear and was therefore still inaccurate.

He also said that the phrase “child sex attacker” implied he was a paedophile, which he was not because the offences had taken place when he was still a child.

IPSO found that while the headline was somewhat ambiguous, the story and sub-headline both made clear Henson’s actual age when the offences occurred.

The Committee considered the use of the phrase “child sex attacker” was not inaccurate or misleading, where it was clearly the Examiner’s characterisation of Henson and the story made clear the basis for this characterisation.

IPSO further found the Examiner was entitled to characterise the graphic and potentially upsetting plea in the manner it did, and no inaccuracy arose from reporting he had “force[d] the girl to carry out sex acts on him while also sexually touching her” rather than stating that he had pleaded guilty to licking her genitalia.

The exact offences for which Henson had been convicted were accurately reported, regardless of the background information also included in the piece.