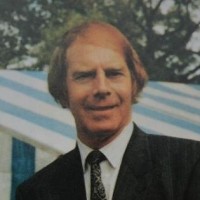 A journalist who spent 46 years with a regional daily and was a renowned horse racing tipster has died aged 88.

Tributes have been paid to Andrew Hoyle, pictured, who worked for the Lancashire Evening Post.

Andrew joined the Preston-based Post as a copy boy and became a trainee compositor, at which point he began contributing racing tips to the newspaper’s sports pages.

He later became a journalist at the paper and, despite being a supporter of Preston North End Football Club, covered their local rivals Blackpool for the Post on top of his work as racing editor.

In the early 1970s he came top of the Sporting Chronicle naps table nationally, scooping the paper’s Gold Cup trophy, and later was revealed as the top flat racing tipster over a 10-year period by the Sunday Times.

Andrew’s sister-in-law Gail Newsham told the Garstang Courier: “He was brilliant at what he did. He knew racing inside out and was still watching it on TV pretty much to the end.

“But he was also a lovely man, a true gentleman and he will be sadly missed.”

She added: “We all knew how good he was, yet he remained very humble.”

Andrew, who died in the Royal Preston Hospital after a long illness, is survived by wife Pat, children Ian and Elaine and five grandchildren.