A regional daily journalist is set to publish the autobiography of a former England international footballer.

Imperfect 10, the autobiography of Tony Currie, will be released later this year by Danny Hall, publisher at Vertical Editions.

Danny is also a Sheffield United writer at the city’s daily The Star, and Mr Currie played 313 times for the club.

He also played for clubs including Leeds United and Queens Park Rangers during a career in which he made 17 appearances for England. 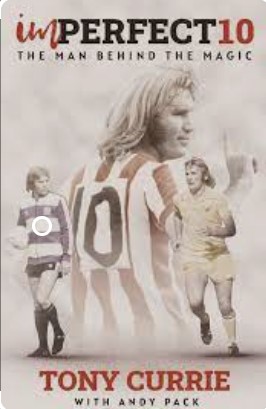 Danny told The Star: “It’s a real honour for Vertical to be working with Tony and Andy to produce TC’s autobiography.

“The man himself is pure football royalty, although he is far too shy to admit it, and was voted the Blades’ greatest-ever player at their 125th anniversary celebrations.

“He also had successful and interesting spells at Leeds United and Queens Park Rangers, which are extensively covered in his book, as are his experiences of playing – and not playing – for England, and how his career wound down with spells in Canada and at clubs such as Southend United.

“But more interesting, for me, in the book is Tony’s brutally-honest admissions about his personality, which could arguably not be more different than the persona he adopted when he had a ball at his feet.”