A regional daily has hailed a triumphant squad of footballers with a front page wraparound.

Man City’s triumph was assured after their cross-city rivals, and closest challengers, Manchester United were beaten 2-1 by Leicester City.

The wrap on today’s edition features 18 images of Man City’s players and their manager Pep Guardiola set against a sky blue background. 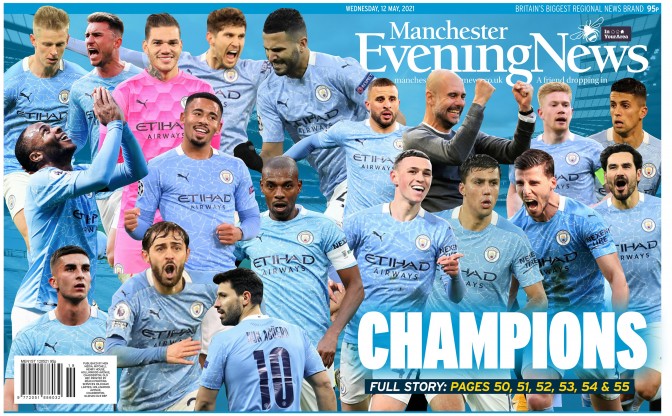 “It’s been a fabulous season even by the recent standards of Manchester City and we’ve had the opportunity to produce some brilliant back pages.

“Special thanks go to Chris Ostick and Justin Connolly for some outstanding creative treatment to showcase the great work of our football reporters.

“There’s much more still to come, with two European finals this month – City in the Champions League and United in the Europa League.”