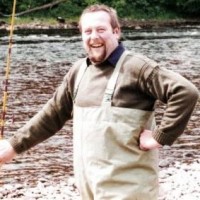 Tributes have been paid to Charlie Duncan, who edited the Scottish Daily Mirror and served as night editor on both the Daily Record and The Scotsman.

Charlie, pictured, served as a journalist on titles including Aberdeen’s Press & Journal and the Sunday Mail during his career and also served on the launch team of The Glaswegian in 1996.

According to an obituary by Glasgow-based daily The Herald, he worked on plans for a new Glasgow evening paper “which never came to fruition” as well.

Anna Smith, a former chief reporter of the Record, told The Herald Charlie was “a big, larger-than-life figure striding the floor, changing pages, issuing orders and totally in control when a big story was breaking”.

Aberdeen-born Charlie began his career on the P&J before moving to the Glasgow-based Record in 1964, initially as a sub-editor.

He later became night editor of the paper before taking on the editorship of the Scottish Mirror.

He also wrote opinion pieces, features and leaders during a five-year stay at the Edinburgh-based daily.

Charlie, who died on 16 January, suffered a series of health problems later in life, including the amputation of a leg.

He is survived by wife Olive, sons Charles and Brodie – who followed his father into the newspaper industry and became picture editor of The Herald – and grandchildren Emma and Charlie.