A regional daily colourised an old black and white photograph on its front page in tribute to a sporting great.

The Liverpool Echo used the technology as it splashed on the death of former Liverpool FC footballer Ian St John.

The monochrome photo was altered to show Mr St John, who played for Liverpool 336 times between 1961 and 1971, sporting the club’s famous red shirt.

The Echo also dedicated five pages inside the book today to the death of Mr St John, who was more recently known for his television work. 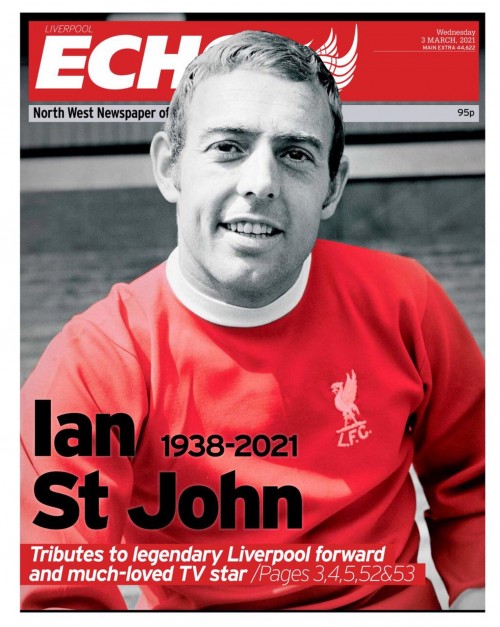 Echo editor Maria Breslin told HTFP: “Ian St John was a Liverpool FC legend and one of the most influential figures in the club’s illustrious history.

“We wanted today’s Liverpool Echo to be a fitting tribute to an exceptional player who brought such joy to football fans across the country.

“He was a red through and through and colourising the famous shirt on a picture of him in his Anfield prime seemed to sum this up perfectly.

“It was a great piece of work by the Echo’s production team and the feedback from our readers has been really positive.”