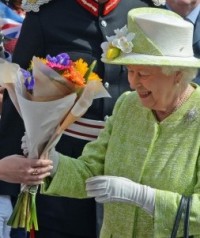 A regional daily has been absolved of wrongdoing after a charity complained to the press watchdog over a story about the Queen’s Birthday Honours list.

The African Caribbean Care Group took the Manchester Evening News to the Independent Press Standards Organisation over what it believed were a number of inaccuracies in a piece about one of its workers being honoured by the Queen.

The MEN had relied on both a Cabinet Office press release and an interview with the worker in question as sources, but the charity took issue with several aspects of the story.

However, IPSO found in the newspaper’s favour and said the MEN was under no obligation to contact the charity directly before publishing the piece.

The story in question reported on people from the Greater Manchester area who had been included in the Queen’s Birthday Honours list for their work during the coronavirus pandemic.

One recipient was a “long-time charity worker” who, the MEN reported, “began working from home, cooking and delivering hundreds of meals to pensioners […making] around 30-40 calls [a] week to his clients” after the charity he worked for, the African Caribbean Care Group, “had to close its door to visitors during the pandemic.”

Complaining under Clause 1 of the Editors’ Code of Practice, the ACCG said the MEN had omitted details of the work it had carried out which rendered the story inaccurate because it gave a misleading idea of what the charity had done during the pandemic.

The ACCG also said it had continued its operations throughout the pandemic, and, as such, it was misleading to say that the charity had “closed its doors to visitors”, claiming a further inaccuracy as the van that the worker said was his was in fact owned by the charity.

Denying a breach of Code, the MEN said the information in the story came from a Cabinet Office press release, while the parts of the story that were presented as direct quotes came from an interview with the charity worker by one of its reporters.

The MEN provided IPSO with both the Cabinet Office press release and a partial transcript of the conversation between the charity worker and reporter which had taken place over the phone prior to publication.

In the transcript the charity worker had said that “because of the pandemic it’s only kitchen stuff and meals” and also that “when [he left] work he cook[ed] meals and took them to people”, with the MEN also pointing out that the press release had stated that the charity had been closed during the pandemic and that the worker had “continued to work from home, delivering homemade meals to service user’s homes.”

The MEN also said that the article did not state that the charity had ceased operations, merely that it had “closed its doors to users”, and the ACCG had not disputed that the centre had ceased accepting walk-in visitors.

In response, the ACCG claimed the story heavily implied that the charity’s service users had received no assistance during the first lockdown period, and that despite what the Cabinet Office press release had said this was not the case.

It also said that the MEN could have contacted the charity for comment prior to publishing the article in order to verify whether the charity had continued its work throughout the pandemic.

IPSO found it was not inaccurate for the MEN to omit the full details of the charity’s work when the purpose of the story was to celebrate the work carried out by a particular employee during the pandemic, adding that referring to the charity’s van as the charity worker’s van did not represent inaccurate information.

The Committee noted the story could be read in a manner that would suggest that the charity worker had cooked meals in his own kitchen, which represented a potential inaccuracy, but the ambiguity of the interviewee’s phrase “leav[ing] work and cook[ing] a meal” did not lead to a significant inaccuracy in need of correction.

IPSO did not agree that the assertion by the MEN that the charity had “closed its doors to visitors” misrepresented the situation because the ACCG did not dispute that it had been obliged to halt in-person visits to its centre, further finding the paper had taken steps to verify the information provided by the Cabinet Office press release with the charity worker and was therefore under no obligation to contact the charity directly.