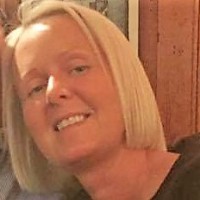 A reporter has scored a double-blow in her campaign to curb defendants’ anonymity bids on the grounds of self-harm – including winning a six-year fight to name a fraudster.

Tanya Fowles, who covers courts in Northern Ireland in addition to her work as a BBC local democracy reporter, is celebrating two victories after being granted the right to name Julie McBrien, as well as receiving support in a separate case over a defence bid to keep their client’s name in the dark.

HTFP reported last month that Tanya had written to the office of the Lady Chief Justice in Northern Ireland to call for guidance to be issued to judges on the matter after she experienced a “sharp increase” in applications for Reporting Restriction Orders and Anonymity Orders on the grounds that defendants may self-harm.

Her campaign now appears to have gained traction after a judge at Dungannon Crown Court granted Tanya the right to name McBrien, pictured, who committed 26 counts of fraud and money laundering over an eight-year period.

Separately, a judge at Armagh Magistrates Court has rejected another anonymity bid for a defendant on self-harm grounds in a case Tanya has covered, that of alleged paedophile Steven Wells.

The reporting ban on McBrien was imposed six years ago on the back of McBrien threatening to self-harm if her identity was published, which Tanya repeatedly challenged.

This included seeking clarity on specific issues around McBrien’s claims, but none were ever addressed in court.

Her lawyers argued at her sentencing she should retain lifetime anonymity, but Tanya’s challenge to this was accepted by Judge Brian Sherrard.

In the case of Wells, who is charged with attempted sexual communication with a child, his defence lawyer urged District Judge Bernie Kelly to consider a reporting restriction and told the court: “You can see the nature of the charge. I have been made aware of concerns around self-harm if identified.”

But the application prompted Judge Kelly to issue a rebuke and defend the “essential” role of the press in covering courts.

The defence suggested a psychiatric report would support his application, to which Judge Kelly replied: “You’ll need an awful lot more than that.

“I appreciate this is a balancing critique of rights but I always quote the tagline of the Washington Post – Democracy Dies in Darkness.

“Never truer words were spoken. Light must be shone into the dark recesses, to ensure the public can have confidence and all of us are answerable.

“As far as I’m concerned the press is the Fourth Estate and are essential to ensuring the other three branches of our constitution do so in a fit and proper way.”

She told the defence, “Unless you can give me an actual reason – which so far I haven’t heard – I will not be making any orders banning publication of name or details.

“The bar is particularly high. I need evidence of fact and not possibility.

“People face these types of charges, then say ‘Oh this is terrible. I’m going to do X, Y and Z. Don’t report this as it will affect me and my standing in my community.’

“As a parent and grandparent I always like to know, not for any nefarious reason, but I can set parameters not to go up a lane, go into a house or take a lift and such like.”

Judge Kelly went on to tell Tanya to “publish as much information as you want, except anything which could in any way identify an alleged victim or injured party”.

Speaking to HTFP, Tanya said: “It was incredible to hear a judge so committed to press and open justice. I hope her example could be adopted by all judges as there needs to be parity throughout the court system.

“I was particularly impressed by her pick-up on the nature of the charges as alleged sexual cases are without doubt the highest for seeking anonymity.

“The granting of reporting restrictions in such instances is troubling as it could lead sex offenders to believe they will not be identified and can slip silently through the system.”