An independent city news website has published its first newspaper with a print run of 15,000.

The Manchester Mill ran the 56-page edition featuring stories run by more than 20 writers, including our staff and lots of our freelance contributors.

The Mill was launched in June 2020, initially as a digital-only venture funded by member contributions.

The print edition has been delivered to different neighbourhoods across Manchester and has led to a membership boost for the title, according to editor Joshi Herrmann. 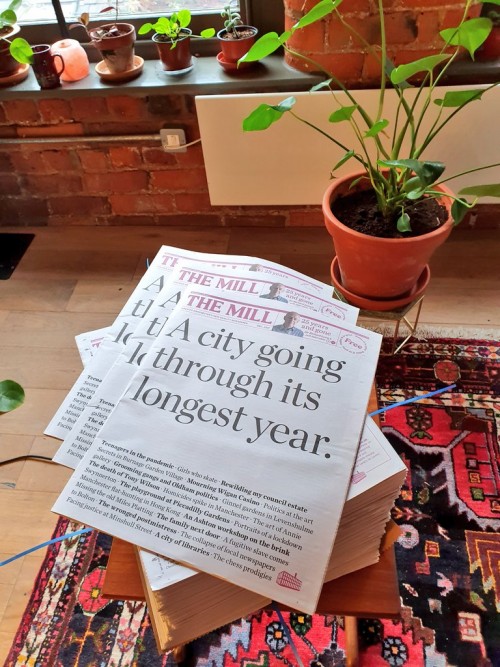 Speaking to HTFP, Joshi said: “We decided to print a one-off newspaper after one of our members offered to help design something for us to celebrate our first birthday.

“And then as the months went on, the idea turned into a proper newspaper, and now it’s ended up as a 56 page special edition, with dozens of our favourite stories since we launched in June last year, plus a couple of new stories.”

Items featured in the paper include a 3,500 word profile of Sir Richard Leese, the outgoing leader of Manchester City Council, which contains interviews with George Osborne, Andy Burnham and others.

It also has an original cartoon from Tony Husband, featured in Private Eye, and journalist David Barnett’s examination of newspapers in the North-West of England.

Joshi added: “It’s been incredibly well received. Dozens of our members have taken bundles of papers to distribute in their neighbourhoods, and we’ve been signing up new members all week as they read us in print for the first time.

“It’s a one-off thing for us. Maybe in future we will consider doing an annual edition.”