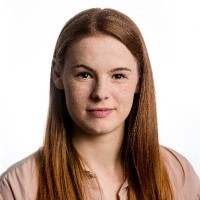 A chief reporter has stepped up to take on the editorship of five weekly newspapers.

Franki, pictured, moves to the role having served as chief reporter on Archant’s titles in North London – the Islington Gazette, Hackney Gazette, Brent and Kilburn Times and Ham & High – since April last year.

She takes over in East London from Lindsay Jones, who left the company earlier this month.

Franki began her career at Archant weekly the Herts Advertiser in 2016 after studying for her NCTJ qualifications at Lambeth College.

She qualified as a senior journalist in 2018 and the following year moved to become a digital reporter with Travel Trade Gazette, a trade magazine for travel agents, before returning to Archant in 2020.

Speaking to HTFP, Franki said: “I’m really excited to take over the titles in East London and Essex, getting to know the communities and reporting on what really matters to them.

“Over the past year, we’ve all seen that local people and local initiatives are vital in times of crisis, and that’s why it’s so important to champion all things local all year round.

“So that’s what I, and my amazing team of reporters, will continue to do.”

Frankie’s old role as Chief Reporter for the North London titles is being advertised on HoldtheFrontPage here.