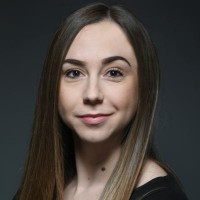 A chief reporter went on a blind date on national television in search of love.

Jessica Farrington appeared on Channel 4 programme First Dates, which films single people eating a romantic meal together after they are matched with each other.

Jessica, who is chief reporter for Newsquest’s Northwich, Knutsford, Winsford and Middlewich Guardians, was paired with a musical theatre actor called Rob on the show.

The duo have a shared passion for acting and dancing, and Jessica has since posted on Twitter that they were “still in touch” following filming.

Jessica, pictured, wrote: It’s been a few days now since myself and Rob appeared on First Dates and what a crazy feeling watching it all back.

“We’re both still in touch as friends and will never forget the whole experience.”