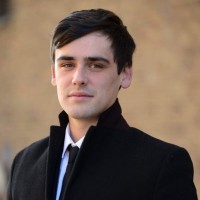 The BBC has apologised to a regional journalist who asked questions about rogue reporter Martin Bashir after accidentally copying him into an email suggesting the corporation should “just ignore” him.

The BBC press office inadvertently revealed the plan to give Brighton Argus reporter Jody Doherty-Cove the brush-off  in a response to an email he sent this morning.

Jody’s enquiry came after the mother of nine-year-old Karen Hadaway, one of the two victims of the 1986 ‘Babes in the Wood’ murders in Brighton, confirmed she would welcome an investigation into Mr Bashir’s activities.

In 1991, Michelle Hadaway gave Mr Bashir the clothing worn by her daughter when she was murdered, claiming he promised it would be DNA tested for a BBC programme – only for the journalist to later tell The Times “he may have lost it”.

In his email to the BBC press office, Jody asked the BBC whether it could comment on the specific case and whether it intends to launch or commission an investigation.

In a response which Jody was accidentally copied into, the unnamed BBC press officer wrote: “FYI [redacted]. It’s the journalist from the Argus again. We can just refer her [sic] to our line again or do you just want us to ignore.”

Jody, pictured, posted the response on Twitter and added: “Warning… don’t hit the reply to all button when you’re planning to ignore journalists.

“It’s astonishing the #BBC feels it can ‘ignore’ important questions from the local press about how and where a murdered schoolgirl’s clothing was lost by Martin Bashir.”

It's astonishing the #BBC feels it can 'ignore' important questions from the local press about how and where a murdered school girl's clothing was lost by Martin Bashir pic.twitter.com/Vt3Mlf2k9g

The incident comes after a report by Lord Dyson found Mr Bashir acted in a “deceitful” way and faked documents to obtain an interview with Princess Diana in 1995, while the BBC itself fell short of “high standards of integrity and transparency” following an internal investigation into the matter.

“As a long-time fan of the BBC, I find it incredible that this could be its approach – especially considering the issues raised in the Dyson report.

“I hope the BBC can help Michelle get the answers she needs… after it has finished seemingly ignoring journalists, of course.

“I debated whether I should post this, but decided at the very least it would inform people of Michelle’s concerns surrounding her daughter’s clothing.

“FYI: I’m male, not female and ‘It’s the journalist from the Argus again’ might make a good Twitter bio.”

Newsquest editorial director Toby Granville also weighed into the row in a Tweet accusing the BBC of “shocking arrogance.”

Speaking to HTFP, Jody confirmed the BBC had since said sorry to him over the issue.

He said: “The BBC have rung me up to apologise for the email, which I have accepted. An apology can go a long way. I hope Michelle can get the one she is calling for too.”