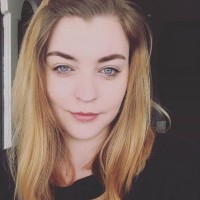 A journalist who covered celebrity and travel news before being made redundant has been unveiled as the new editor of a local newspaper.

Elizabeth Atkin has been appointed to the role at the Waltham Forest Echo after predecessor James Cracknell took a new role with Social Spider CIC, the community interest company that owns the title.

Elizabeth, pictured, moved to London from her hometown of Newcastle in 2014 with the goal of becoming a journalist and has previously worked in roles including web editor at FHM magazine and celebrity editor at Immediate Media, which owns titles including Radio Times.

More recently, she was digital editor at Wanderlust Travel Media before being made redundant in September last year.

Elizabeth has described as “fate” her subsequent job search, which led her to apply for the Echo role.

In an editorial introducing herself to readers, she said: “I’ve been in Leyton since July 2019. I like to think that fate brought me to the borough in the first place – initial plans to move here almost failed in dramatic fashion, after a Walthamstow rental fell through just three days before I was due to move in.

“And I also like to think that being made redundant from that travel job was fate, too. Though crushing (and immensely worrying), it eventually led me to the job boards that advertised the position of Echo editor – just as previous editor, James Cracknell, was ready to focus on the Enfield Dispatch and his new role within Social Spider.”

“This editorship is a dream come true. A huge privilege, too, one I promise to take very seriously. And I am acutely aware that I have big shoes to fill.

“Along with many warm wishes and congratulations I have received from journalists, volunteers, community organisations and residents in the borough (thank you), I have also received many wonderful tributes to James for me to pass on.”

Elizabeth went on to tell readers her plan for the monthly Echo was “simple”.

She added: “To keep bringing you news, to highlight Waltham Forest’s commendable people, cultural organisations and community initiatives – more vital than ever in these tough times – and to grow not only the print edition of the paper, but our online presence, too.