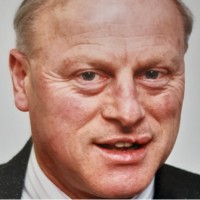 An award-winning editor who reported on the Hillsborough disaster has died aged 87.

Tributes have been paid to Bryan Longworth, who edited the Sheffield edition of the South Yorkshire Times and also worked for the Doncaster Free Press during a career spanning more than six decades.

Bryan, pictured, worked in news and sport for the Times and covered the 1989 tragedy at Sheffield Wednesday Football Club’s Hillsbrough stadium, which claimed the lives of 96 Liverpool supporters following a terrace crush.

He was also responsible for motoring coverage as a freelance in a string of newspaper titles across Northern England and won a Newspaper Society award for his reporting in 1997.

Bryan spent the latter part of his career working as a reporter at the Free Press at its former offices in Sunny Bar in the lead up to his retirement.

Free Press digital reporter Darren Burke, who worked alongside Bryan in the 1990s, told the newspaper: “Bryan had already enjoyed an impressive career in Yorkshire journalism long before I began my career and I worked alongside him in his twilight years.

“He never really retired though and continued to pen motoring reviews for many years.

“Always immaculately dressed and an old school gentlemen, he provided some of the funniest moments at the DFP back in those days with his, shall we say, distinctive interviewing style, his unique turn of phrase and his cheeky sense of humour. A true one-off.”

Bryan was a stalwart of the Northern Group of Motoring Writers for around 50 years and became a life member in 2018.

He was also a member of the Guild of Motoring Writers.

Former Free Press editor Merrill Diplock said: “He was a real gentleman as well as a talented and popular journalist who relished trying out new cars and writing about them.

“He had many an entertaining tale to tell of his driving escapades.”

Current Free Press sports writer Liam Hoden added: “What a man. Looked forward to him coming into Sunny Bar once a week in those later years. Very sad.”

Bryan, who lived in Chesterfield with his partner Patricia Revill, died at the Derbyshire town’s Royal Infirmary on 6 January.

His funeral will take place at 10.50am at Chesterfield Crematorium on 23 January, but will also be streamed online due to current coronavirus restrictions.