At least seven jobs are understood to be at risk after an independent publisher decided to close its printing presses.

The Midland News Association has announced to staff that it plans to outsource its printing operation, with its presses at Ketley, Telford, being closed as a result.

The publisher says the presses, installed between 2004 and 2006, are becoming “increasingly difficult to maintain”, with many parts “becoming obsolete”.

The MNA is proposing to outsource the printing of its titles to a third party, believed to be Newsquest, although HTFP understands the contracts for this have not yet been finalised. 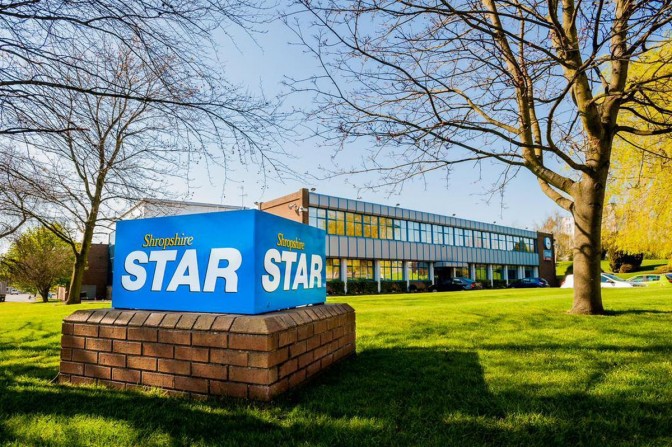 The MNA’s Ketley building, home of the Shropshire Star

Seven staff work in the print room, and the MNA has started a consultation with those affected on the proposals.

In a statement issued to staff, the company said: “The presses in Ketley were installed between 2004 and 2006 and, whilst technologically advanced at the time, are becoming increasingly difficult to maintain – particularly electronically – where many parts are becoming obsolete.

“The MNA is therefore proposing to outsource the printing of its titles to a third party, which will ensure the quality of our newspapers can be maintained, placing the business on a more secure footing moving forward.”

In the statement, the company went on to stress that it “remains fully committed to its print portfolio”.

It added: “The Express & Star and Shropshire Star, together with our weekly newspapers, remain the leading publications in their markets and will continue to serve our loyal readers and advertisers for many years to come.

“The company has started a consultation process with all staff directly affected by the proposals and our priority at this time is to support those members of staff.

“We would like to thank our press and maintenance teams for their continued cooperation and understanding while the consultation process is carried out.

“These proposals, although difficult, will ensure the MNA continues to have a strong future, building on its long heritage in newspapers, while continuing to develop its growing digital operation.”