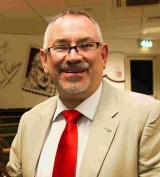 Almost a third of LGBT journalists have reported experiencing bullying, harassment, ill-treatment or discrimination at work.

Research by the National Union of Journalists members has found 29pc of those surveyed had faced such issues in newsrooms as a result of their sexuality or gender identity.

Certain sectors of the journalism industry, such as football journalism, were singled out as “deeply transphobic and homophobic environments”, according to the NUJ.

However, almost 70pc of those polled believed their workplace was an inclusive and safe space to be open about their sexuality, while just under half said the same about being open about their gender identity.

Two-thirds said they had not experienced any workplace policies denying them equal access to employment rights or workplace benefits.

Adam Christie, NUJ delegate to the Trades Union Congress LGBT+ conference, said: “The survey responses suggest a lot of progress has been made as far as openness is concerned but none of us can afford to be complacent.

“It is disappointing that so many feel LGBT+ individuals are not represented fairly and accurately in the media.

“However, we do know that editorial standards are better where the union has a strong presence because individual members can call on the NUJ for support if they come under inappropriate editorial pressure.

“Our code of conduct is crucial in allowing us to cover such issues appropriately and we have to stand together to do this.

“It’s an important and very personal reason for being in the NUJ. I would encourage all LGBT+ journalists to join for this very reason.”