Women’s editor who was ‘accomplished and versatile’ dies aged 86 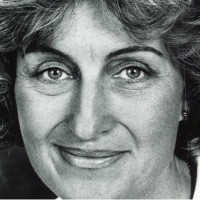 The women’s editor of a regional daily known for being an “accomplished and versatile” journalist has died aged 86.

Tributes have been paid to Pat Roberts, left, who served Sheffield dailies The Star and the Morning Telegraph for 30 years.

Pat served as women’s editor and features writer during her career, with her noted interviewees including Margaret Thatcher, Vanessa Redgrave, Noel Coward and Morecambe & Wise.

Pat, who died earlier this month after a long illness, also launched the ‘Raise-a-Laser’ appeal, which raised £76,000 towards cervical cancer treatment in Sheffield.

Former Morning Telegraph journalist Keith Farnsworth told The Star: “She was recognised as a perceptive writer whose talents ensured she covered a wide range of subjects and was never confined to the women’s pages.

“She also produced many general features, such as an interview with Eric Taylor shortly after the Sheffield Wednesday general manager had been involved in a life-changing car crash.

“She remembered the Telegraph years as some of the happiest of her career.”

Pat joined the Star from the Buxton Advertiser and Herald in 1954, spending 15 years there before switching to the Morning Telegraph.

She married former Star sports editor Les Nutbrown, and retired from the Telegraph in 1984 to run a fashion boutique.

Jonathan Foster, who was a trainee reporter on The Star in the 1970s, said: “She was a rather elegant figure, a proto-feminist, and a very accomplished and versatile features writer.

“She was quite ballsy, had no airs and graces and liked a gossip as well.”