A weekly newspaper has revealed the name of a new library on its patch after previously warning readers it would not accept ‘Library McLibraryface’ as a suggestion.

The Doncaster Free Press has unveiled the name of the Danum Gallery, Library and Museum after launching a public vote when Doncaster Council turned to the paper for help.

Three names were shortlisted by the Free Press and council officials after readers put forward hundreds of suggestions, with many of them involving the word Danum – the name of the Roman fort that was based at the site of the town.

HTFP previously reported how the Free Press had moved to avoid a repeat of the Boaty McBoatface saga, which saw a research ship given that name after a 2016 public poll, by making clear the name ‘Library McLibraryface’ would not be accepted. 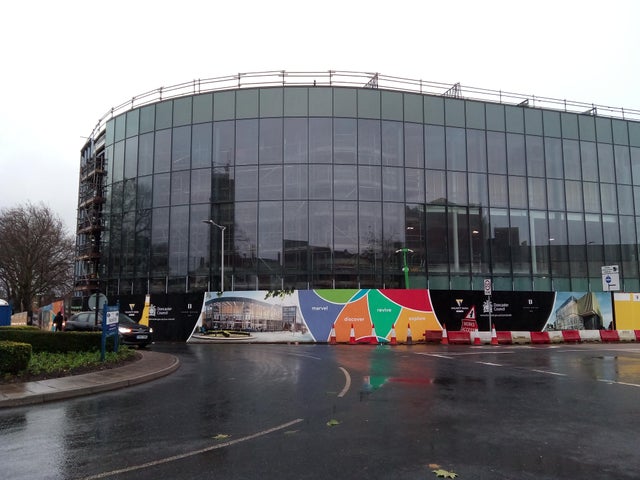 The new facility under construction

Danum took 67pc of the vote, with the other shortlisted entries of The Atrium and the Engine House taking 20pc and 13pc respectively.

Free Press editor Nancy Fielder said: “Our readers have made their choice, and they have opted for a name that reflects both the town’s Roman history, and the functions of the building. I’d like to thank all of you who voted.”