Weekly rules out ‘Library McLibraryface’ as name for new building

A weekly newspaper has warned readers it will not accept ‘Library McLibraryface’ as a suggested name for a new library on its patch.

The Doncaster Free Press is inviting readers to submit their suggestions for a name for the new Doncaster museum and library building, pictured below, after Doncaster Council turned to the paper for help.

But the Free Press has moved to avoid a repeat of the Boaty McBoatface saga, which saw a research ship given that name after a 2016 public poll.

It was later announced the vessel would be named Sir David Attenborough instead, with the name Boaty McBoatface being used for one of the submersibles aboard instead. 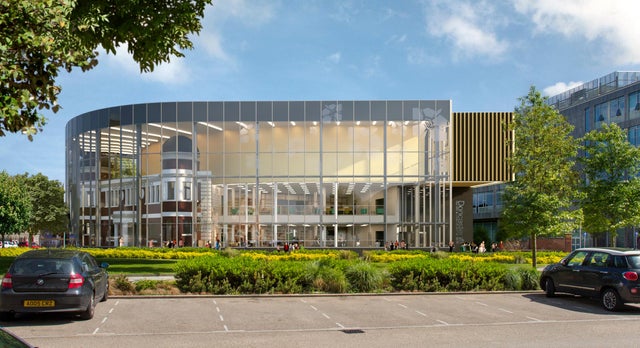 In a piece welcoming entries, Free Press community engagement editor David Kessel said: “The new library and museum is going to be one of the most high profile buildings in Doncaster, and will be like nothing else we have in the borough.

“If anyone is going to come up with a great idea for a name, it is our readers. So we’re appealing to you to get in touch with your suggestions – although Library McLibraryface will not make the shortlist.”

The new building will serve as a museum, library and town archives and has been designed with space to house some of the steam locomotives that were built in the borough, as well as the King’s Own Yorkshire Light Infantry Museum.

A panel including the council and Free Press will select the best names suggested, which will then be put to a public poll after the 31 October deadline.