A weekly newspaper has found its patch’s most popular suburb or village after holding its own ‘World Cup’.

The Doncaster Free Press has held the ‘Doncaster World Cup’ on Twitter, which saw readers vote for their favourite area of the Yorkshire town and its surroundings.

Free Press reporter Darren Burke became inspired to launch the competition by former colleague James Marshall, who ran his own ‘Yorkshire World Cup’ on the social network by pitting the county’s biggest town’s and cities against one another in a series of online polls.

Doncaster itself triumphed in that particular contest, with the Free Press covering the victorious vote. 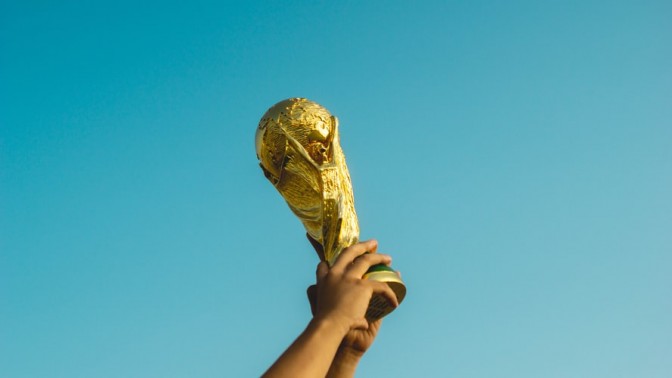 Darren told HTFP: “It set me thinking, what if we could do it on an ever smaller basis with all the suburbs and villages in Doncaster? I drew up a list of 64 places around the borough, then allocated them into groups totally randomly.

“It is just a little bit of fun and a distraction in these difficult times and it has been fun to see people getting involved and getting behind their villages.

“People have been begging others to vote for particular villages and sharing the tweets, and some much smaller settlements and villages made it through to the next round and put out a few of the bigger places.

“I suppose I should also thank [TV presenter] Richard Osman who has run a number of similar competitions along these lines.”

Tickhill triumphed over Sprotborough in the final, winning almost 52pc of the vote after more than 2,000 people took part.

“Circulation revenues of newspapers are down about a third” ? @KarlDHolbrook speaks #BBCBreakfast about how local newspapers are coping with the coronavirus.⤵️
More here: https://t.co/AfT8B5eFqm pic.twitter.com/p9EyEzLS0D

Speaking on the programme, Karl said: “While demand for our services and demand for news through this awful crisis is greater than ever, our revenues which sustain our ability to keep doing this long into the future are under a bigger threat than they ever have been.

“Circulation revenues for newspapers are down about a third because people can’t get to the shops in the same way.

“Many, many advertisers – long-standing advertisers – are pulling their adverts, putting them on hold, as they tighten their belts.

“The government is putting some money into regional advertising in a bid to help, but that is a drop in the ocean.”

The Bristol Post and Bristol Live’s Arms Around Bristol campaign to help voluntary and charity organisations has hit its £10,000 target.

Editor Mike Norton said: “The generosity of Bristolians never fails to impress me.

“I want to thank everyone who has donated to these amazing causes, to help groups and individuals on the frontline of the fight against COVID-19 – particularly at a time when they have less money and there are many other calls on their generosity.  Thank you.”

The South Wales Evening Post is calling on readers to nominate key workers to appear in a special supplement it will be producing.

Editor Jonathan Roberts said: “The last two months are unlike anything most of us have ever experienced. And this has been reflected in the stories we have published across the region.

“While we cannot ignore the obvious danger we are all facing, and the cost in terms of human lives has been tragic and overwhelming, if there is a light in all of this, it’s the community spirit that continues to shine through.

“People continue to come together, supporting each other through these times. The need to say thank you remains as strong today as it ever has during this crisis.

“We understand the true value of our key workers, and we truly admire their courage to continue doing their jobs, even though they are putting their own lives at risk for the sake of strangers.”