A weekly newspaper spoofed a horror film to urge readers to make their views known on a “crisis” affecting their patch.

The Wokingham Paper parodied the poster for 2002 film 28 Days Later to alert readers to the fact they have four weeks left to take part in a consultation on plans to build 1,600 new homes each year.

In a survey last year 45,000 people told Wokingham Borough Council they felt too many houses were already being planned for the borough when around half that amount were planned.

The Paper splashed on the campaign yesterday, having come up with the idea just hours before its off-stone time. 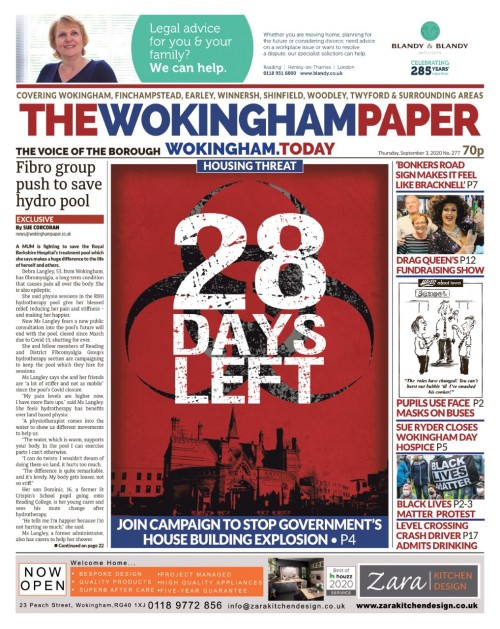 He said: “Wokingham Borough Council is appealing for residents to make their concerns known and this is the big news of the week. But how do you convey the scale of the crisis, the need for urgency and a complex issue in just a few words?

“We played around with a number of concepts, some of which may appear at a later date, including a countdown clock.

“Just before our print deadline, we were fact-checking the number of days left in the consultation, which revealed we’d miscalculated and there were 28 days of the council’s campaign, not 27.

“In a moment of clarity – perhaps insanity – I recalled the horror movie 28 Days Later. With a couple of hours before our print deadline, and some amazing work from our talented graphic designer Charlotte Simpson, we created our homage to it.

“Hopefully, it helps convey the horror of the government’s planned white paper and spurs readers into action, while conveying a complex issue with a bit of wit.”