The Liverpool Echo has been cleared of any wrongdoing after a dispute over the subject of a photograph taken on the day of the Hillsborough disaster.

On 14 April this year, the Echo reported on the death of Dave Roland, who it said “was pictured sitting on the Leppings Lane terrace with his head in his hands following the [Hillsborough] disaster”.

The story’s publication prompted an unnamed man to complain to IPSO, claiming he, not Mr Roland, was the person in the photo.

But the Independent Press Standards Organisation has backed the Echo, which has long campaigned for justice for the victims of the tragedy. 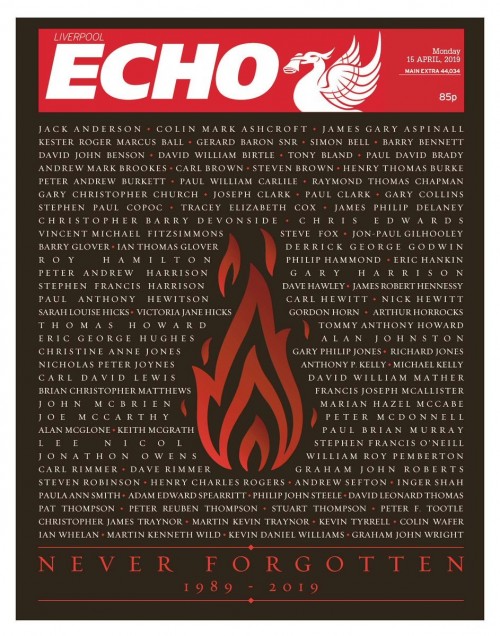 The disaster on 15 April 1989 at Hillsborough Stadium, in Sheffield, claimed the lives of 96 Liverpool Football Club supporters.

Complaining under Clause 1 (Accuracy) and Clause 4 (Intrusion into shock and grief) of the Editors’ Code of Practice, the unnamed man supplied contemporary pictures of himself, as well as a video taken on the day of the disaster, which he said showed him in the same tracksuit as the person in the photograph was wearing under a coat.

The man also noted that Mr Roland had previously denied that it was him in the photo and supplied another picture, which was taken at the same time and positioning as the published image but showed the subject’s face.

Denying a breach of Code, the Echo said the image had been shared on Twitter by a close friend of Mr Roland, was shared thousands of times across multiple platforms, and that there was no evidence that the identity of the person was disputed.

It also said that it had taken care to publish accurate information and had spoken to Mr Roland’s daughter prior to the story’s publication, who said that the family were absolutely confident that he was the person in the photograph.

IPSO noted it was not in a position to determine who was in the photo, but to consider the evidence provided by both the complainant and the Echo in order to make a decision as to whether the paper had complied with its obligations under the Editors’ Code.

The Committee found there was no publicly available dispute regarding the identity of the man the Echo named and that it had taken further steps by going to Mr Roland’s daughter for comment, who had confirmed she was positive it was her father.

As there was no public contestation of who was featured in the image, and the Echo had sought and received further confirmation from the immediate family of the named man, IPSO found it had taken care not to publish misleading information.