Reporter and sub leave weeklies due to impact of pandemic

Two editorial staff have taken voluntary redundancy from an independent newspaper series due to the impact of the coronavirus pandemic.

One reporter and a part-time sub-editor have left the Southport-based Champion Media Group, the company has confirmed.

Owing to the effects of the pandemic, the company has also temporarily merged its usual seven weekly editions into three.

The three-edition structure – with editions covering Southport & Formby, North Liverpool and West Lancashire – has previously been implemented by the group over the Christmas and New Year period. 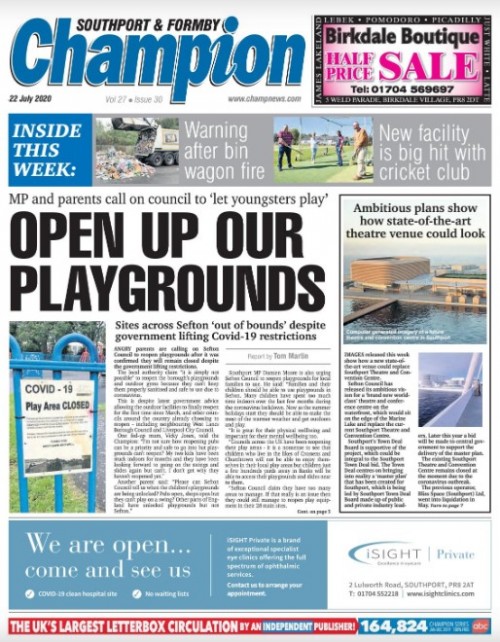 Champion Media Group managing director Lyndsey Naylor said: “Owing to the ongoing Covid-19 pandemic and the impact it is having on our industry, the Champion has reluctantly accepted two voluntary redundancies from within its editorial department – a reporter and a part-time sub-editor.

“There is no restructure currently taking place at Champion Media Group but the company has acted to protect its titles during the ongoing pandemic by printing three group editions covering Southport & Formby, North Liverpool and West Lancashire.

“Champion Media Group does, as a matter of policy, often revert to three editions each Christmas/New Year period.

“As, hopefully, the Covid-19 crisis diminishes over time, the Champion will review this present situation.”