A journalist has written a novel based on the foreign adventures of a lawyer from his patch.

Paul Francis has had his book The Broken Elephant published after being inspired by the true story of David Hallmark OBE, the only English lawyer to appear in a US court martial during the Vietnam War.

Paul, now a freelance, is a life member of the National Union of Journalists and has worked for newspapers across the Midlands including the Worcester News, Evesham Journal, Stourbridge News, Bromsgrove Advertiser and the Malvern Gazette.

The novel is set at the end of the 1960s in Bangkok, Thailand, where Mr Hallmark, of Worcester’s oldest law firm Hallmark Hulme, arrived looking for work after months travelling overland in a Land Rover. 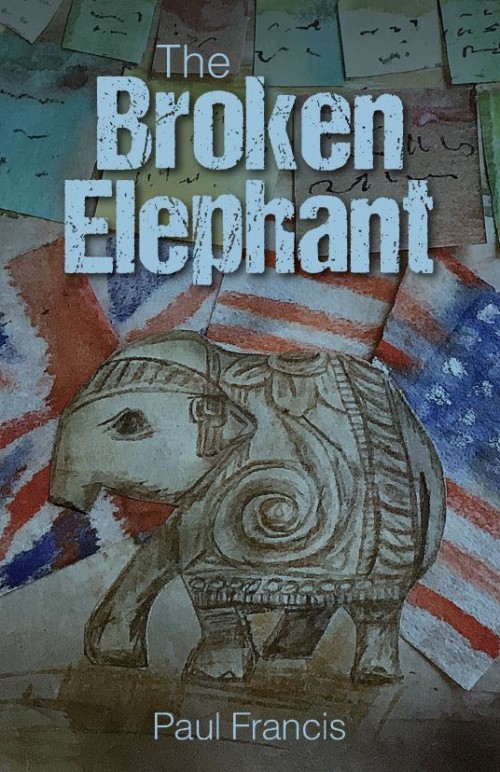 Paul, 65, said: “Some major courts martial from Vietnam were being held outside the territory under an agreement with the Thai authorities. David found himself representing a Sergeant accused of a long list of serious crimes including thefts from a motor pool he ran near Saigon.

“David was the only one in the court not in uniform. It must have been an intimidating experience for a 23-year-old and when he told me about it, my first thought was that it had all the exciting elements of a Hollywood movie.

“Here is this young English lawyer thousands of miles from home, stepping into a military court room defending a tough American soldier, whose only defence is to keep insisting he’s not guilty.”

Paul added extra characters to build the tale into an action novel based around the military courtroom drama in the exotic surroundings of Bangkok at the end of the 1960s.

He said: “My fiction writing career might be one that strikes a chord with many journalists who have had a go themselves at turning out that elusive bestseller. Many years ago, I tried screenwriting and got a literary agent after being shortlisted in a script competition.

“I sold a couple of scripts that were never produced, had some work shortlisted by the BBC and was one of a group of their most promising comedy writers but nowhere near enough work to make it a full-time job.

“I also did some stage writing and had a couple of plays performed locally and won a few short story prizes. I hadn’t written any fiction for a long time until I met David while we were working on a history project for the world’s oldest newspaper, Berrow’s Worcester Journal.

“Inspiration can come from anywhere and as journalists, of course, we meet and interview a lot of people but this particular tale stuck with me. I thought it would be fun to try and write it into a novel.”

The Broken Elephant is published by Brewin Books, and is available from Amazon and Waterstones.