Chencellor Rishi Sunak delivered his maiden announcement of the government’s forthcoming spending plans, with billions of pounds of additional funding pledged for transport.

Mr Sunak also confirmed a devolution deal for West Yorkshire within his speech, which has been welcomed by Leeds sister dailies the Yorkshire Evening Post and Yorkshire Post.

The YEP hailed its patch as a “city on the move” as a result of the announcement, after a recent campaign by the newspaper to bring about a better transit system in Leeds. 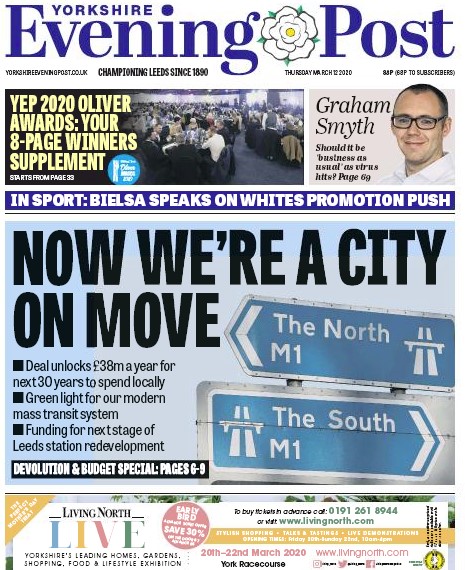 Prior to Mr Sunak’s maiden Budget, the YEP had urged him to “box clever” on its front page. 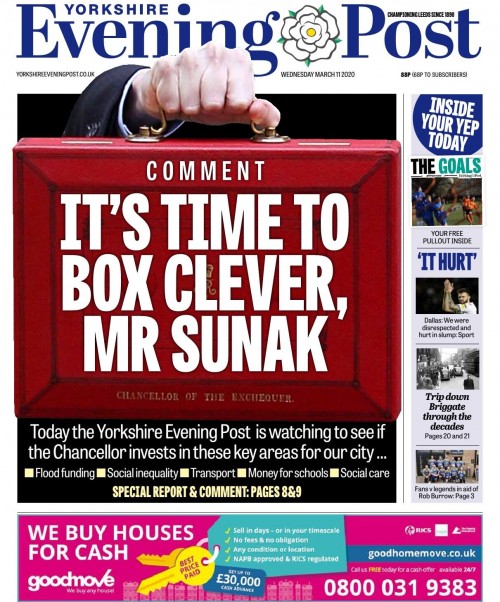 The YP this morning also splashed on the devolution deal, and listed other key points from the Budget announcement. 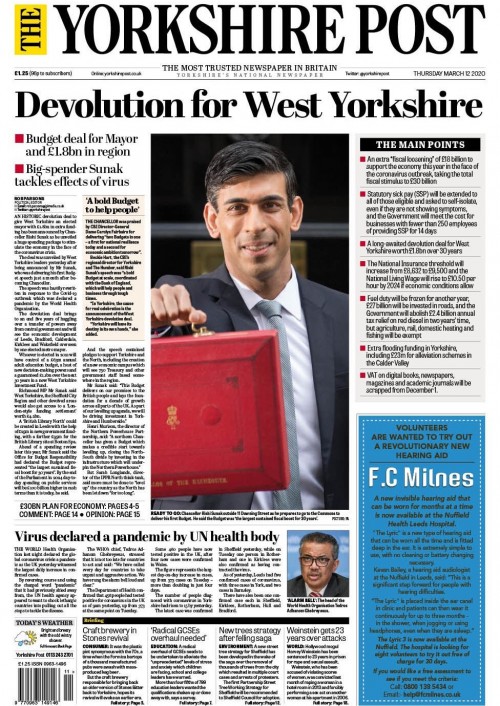 Transport was also high on the Birmingham Post’s agenda today, as it praised the “eastern promise” of £160m pledged by Mr Sunak to help extend the West Midlands Metro eastwards. 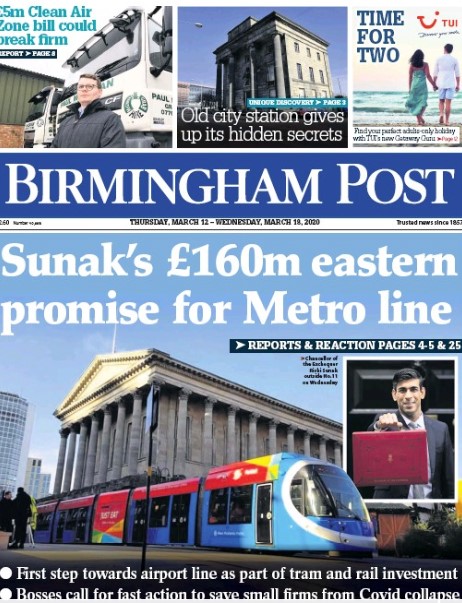 However, the spectre of the COVID-19 outbreak provided the main talking point for some, with The Scotsman dubbing yesterday’s announcement as the ‘Coronavirus Budget’. 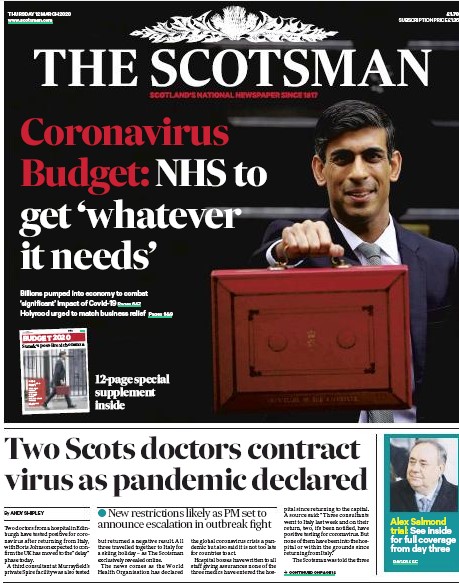 And Glasgow daily The Herald, which has dropped its paywall for stories related to the outbreak, ran with Mr Sunak writing the NHS a “blank cheque” to fight the virus. 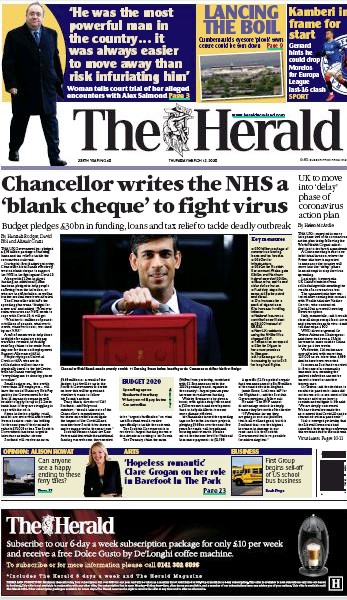