The storm’s effect on localities across the country over the weekend provided some eye-catching photographs for the regional press, with floods and winds taking their toll.

The storm has already claimed the life of a man in Hampshire whose car was hit by a falling tree.

In North Wales, the Daily Post examined the “chaos” wrought on its patch – showing how different towns and villages had been affected. 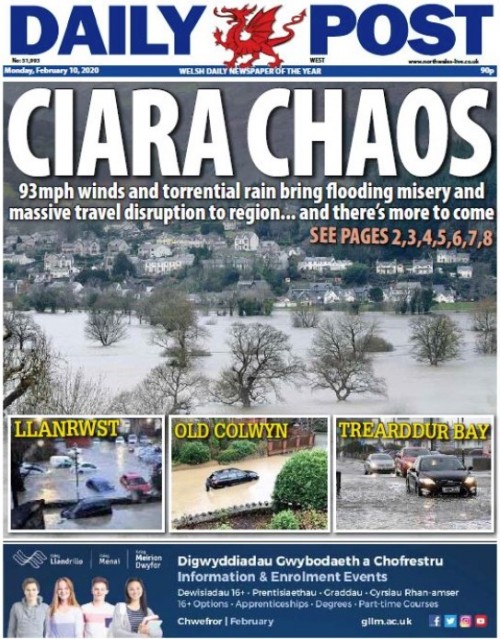 At its Swansea-based Reach plc sister daily the South Wales Evening Post, the “trail of disruption” was highlighted. 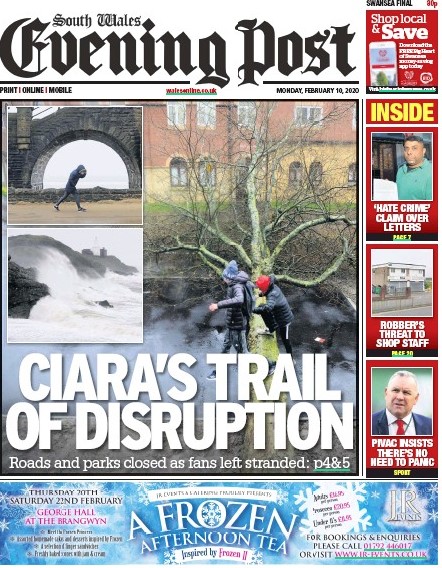 The Burton Mail showed how one house in particular had borne the brunt of high winds.

A fallen tree also appeared on the front page of the Hull Daily Mail. 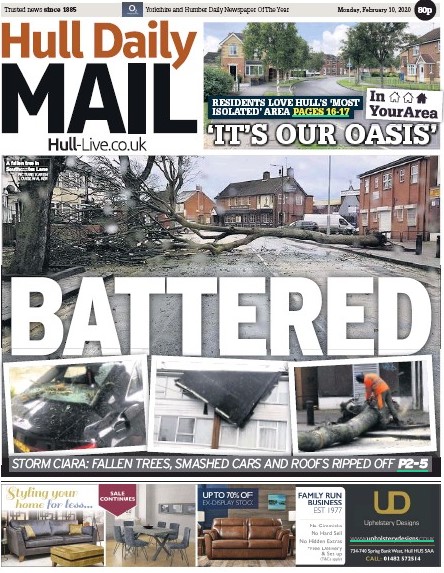 At the Huddersfield Dialy Examiner, the effect of flooding on its patch was conveyed. 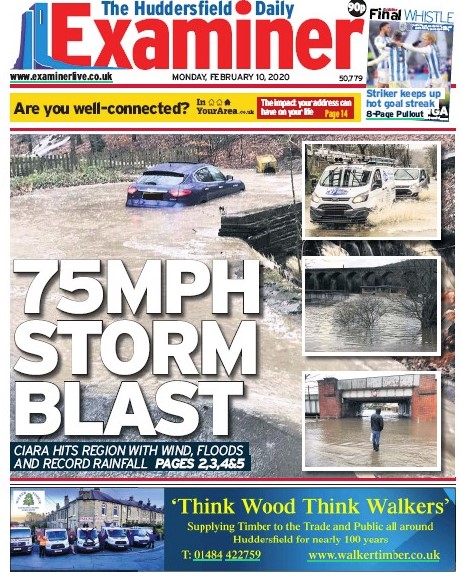 It was a similar story at the MEN, which also ran with a headline describing the “chaos” caused by Ciara. 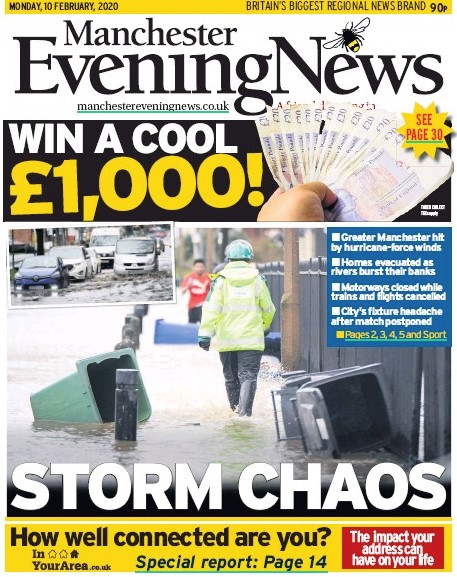