A former deputy sports editor has written a book about grief which has been published on the anniversary of his ex-journalist wife’s death this week.

Mark Lea’s ‘Letting Go And Living On’ tells the story of his life since his wife Julie lost her two-and-a-half-month battle against a rare form of cancer last year at the age of 39.

The couple met in July 1999 when Julie undertook a work experience placement at the Northamptonshire Evening Telegraph, where Mark was working on the sportsdesk at the time.

She passed away on 20 June last year, Mark’s 45th birthday. 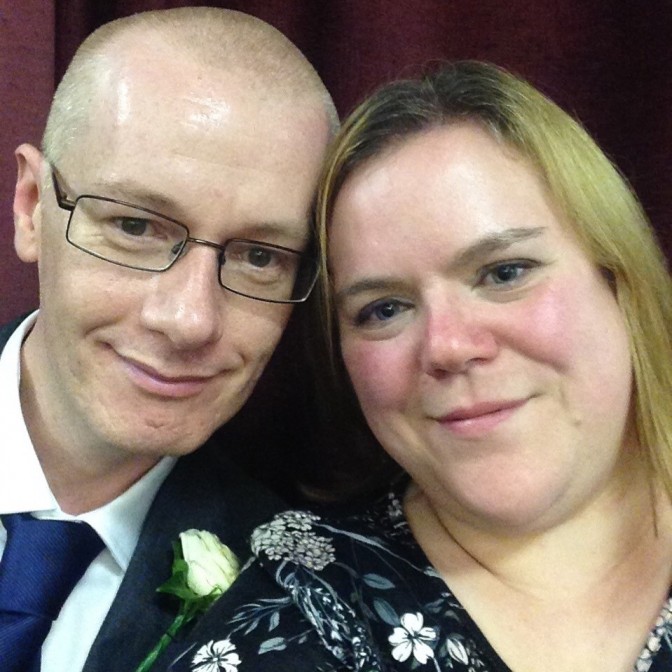 Mark said: “As well as reflecting on her time in hospital and those final 36 hours in a hospice, I want to offer support to anyone who needs it because I understand the importance of talking and listening with people who have been through grief.

“It’s very important for me to share the experiences through bereavement support, counselling, mental health and friendship. If my book helps one person in a similar situation, I will be happy.

“When Julie died, I knew immediately that I needed professional support but I didn’t know what that really meant. I am telling our story because I want to help others.

“There are no rules. There is not a right or wrong way to deal with any of this. When you’re ready, there is so much support out there but you don’t need to put a timescale on it. Talk about everything and share your emotions.”

Boston-born Mark started out as a trainee news reporter in Spalding in 1993 and, just over three years later, he joined the Evening Telegraph in the Wellingborough office.

Julie started her career with the Herald and Post newspaper series, in Northamptonshire, and also worked for titles in Bedfordshire before moving into public relations with City of Lincoln Council.

She was taken ill on 9 April 2019, when she was working as a communications officer at North Kesteven District Council.

In the middle of May, she was diagnosed with an appendix tumour. Major surgery was called off the night before the operation date, while chemotherapy was then ruled out because the cancer cells had spread rapidly.

The couple spent their 16th wedding anniversary in hospital, the week before Julie’s death.

Mark, who has also worked for the Cambridge News, went back to full-time work as sports editor of the Lincolnshire Free Press and Spalding Guardian last August, but decided to leave in March to focus on publication of the book and a new career.

He added: “The book is written mainly in the form of diary dates over the first few months following Julie’s death when I wrote about all my emotions in a journal.

“Putting everything together in a book was an idea towards the end of 2019 when I had gone back to full-time work.

“I want this book to become Julie’s legacy because she was always ready to help others. I want Julie’s family and friends to keep alive all those happy memories.

“This book is dedicated to Julie and everyone who has shown support to me. You have kept me going through the darkest times. I can’t thank you enough.”

The book, produced by Corby-based 3P Publishing, is available here.