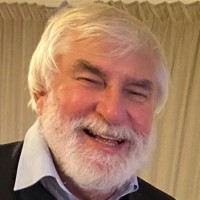 A former regional daily sports editor who also worked in the religious press has died aged 73.

Tributes have been paid to Mike Finnis, who worked on the sportsdesk of the Cambridge News and later served as a sub-editor on the Oxford Mail.

In between his time with the two dailies, he also served as news editor on the Baptist Times.

Mike, pictured, died suddenly from a heart attack last month, with an open newspaper by his side.

In a statement to the Mail, his family said they felt “privileged to have had him in their lives and have memories of a generous, happy, supportive and kind man”.

Suffolk-born Mike began his career as a trainee reporter on the business section of the News straight from school.

He later moved to sport, becoming editor of that department in 1980.

Mike left the News in 1996 to join the Didcot-based Baptist Times, where he spent six years before moving to the Mail.

During his time at Oxford he served as an umpire for the newsroom’s cricket matches before retiring from the Mail and sister title the Oxford Times in 2011.

A keen sportsman who was Suffolk schools cross country champion in his youth, he also played for many football and cricket teams.

Mike also served in many roles for church and different organisations right up to his death such as the Oxfordshire Association for the Blind.

He is survived by Vera, his wife of 48 years, as well as children Steve, Beth, Laura and Luke and grandchildren Joseph, Imogen and Olivia.