Sports editor retires from daily after 37 years of service 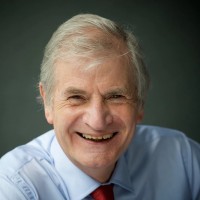 A regional daily’s sports editor has retired from the newspaper after 37 years of service.

Ron Felton has written his final piece for the Jersey Evening Post, for which he has worked since January 1983.

Ron, pictured, spent seven years as a compositor in the printing room before making the switch to the sportsdesk in 1990.

He had moved to the island from his native Newcastle-upon-Tyne in 1978, but also spent time in Holland before joining the JEP.

Speaking at a retirement party which most of the attendees – including present and former colleagues – joined online, Ron said: “It has been a real treat to have actually had a job where your passion is the whole point of the exercise, and sport has been a huge part of my life – I am very lucky that has been my way of earning a crust of bread.

“I have an incredible amount of memories and have met lots of lovely people who I respect and hope to meet for a couple of decades to come.”

Ron now plans to spend more time with his family, including his wife Linda – another former JEP employee – son David, step-granddaughter Naomi and Rosie the dog.

Ron and Linda are hoping to embark on some travelling adventures once Covid-19 restrictions allow, including visiting his other son John, who lives in Australia.