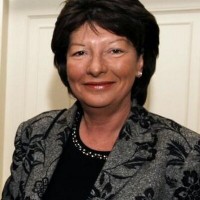 Two sister weeklies have joined forces with a county council to find people on their patches who are the “salt of the earth”.

The Harrogate Advertiser and Scarborough News have teamed up with North Yorkshire County Council for campaign, which aims to champion people carrying out acts of kindness in their communities.

The ‘Salt of the Earth’ campaign is being led by reporters Finola Hart and Louise Perrin.

It is set to run throughout this year at the JPIMedia titles.

Jean MacQuarrie, pictured, editor-in-chief of JPIMedia’s Yorkshire Weeklies, said: “The Harrogate Advertiser and the Scarborough News have partnered with North Yorkshire County Council to launch a new Salt of the Earth ‘kindness’ campaign.

“Reporters Finola Hart and Louise Perrin have appealed for readers to send their examples of people who help others in their community, often by carrying out small acts of kindness which can make such a difference to people’s lives.

“Like the story of the man who has mobility problems and was in danger of having to give up his dog. His neighbour appealed for help on social media and a volunteer stepped forward who’d lost her own pet and wanted to help him keep his beloved companion.

“The link up has worked so well for both of them, and made a great feature for the campaign, which will run throughout the year.”

Lord Lieutenant of North Yorkshire Johanna Ropner wrote an endorsement for the launch of Salt of the Earth.

She said: “We all know these special people who live amongst us in our own communities, the ones who quietly, and without fuss, look out for others, often in an unassuming way and very often on a daily basis.

“They might drop by for a chat and a cup of tea with someone who might be elderly and living alone. For that person, it might be the only other human contact they have all day.

“They see a need, and without question, they fill it.

“We know many people who go out of their way to help others. They truly are the ‘salt of the earth’ – such a great Yorkshire expression – and it is fantastic to be celebrating something so wonderfully positive, a real good news story.”