A group of regional newspapers have urged the government to refund the tuition fees of student nurses working in hospitals during the coronavirus pandemic.

An investigation by Bradford Telegraph & Argus reporter Natasha Meek discovered that many students who have set aside their studies to care for sick patients were – until recently – on unpaid placements while even those being paid were still saddled with massive student debt.

Now the T&A and its sister titles across Newsquest have launched a joint campaign in a bid to help more than 15,000 student nurses who have answered the call for volunteers to help meet staff shortages in the NHS. 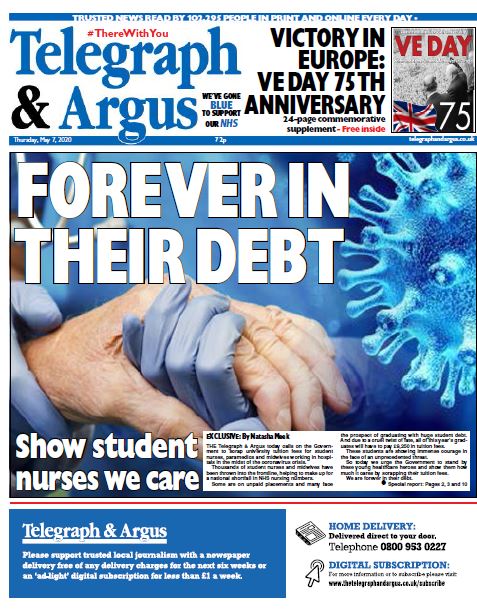 The launch of the Support Student Nurses campaign provided a splash for a number of the participating titles this morning.

T&A group editor Nigel Burton said: “Through a cruel twist of fate the final year students who are currently putting their lives – and, potentially, the lives of their families – on the line are also the only students who will have to pay their own tuition fees.

“That means the final year nursing students working in our hospitals, and confronting a public health crisis the likes of which no one has seen before, are effectively being asked to pay for the privilege of having the courage to volunteer.

“We think that is a terrible injustice and have called on the Government to wipe out this year’s fees as a way of saying ‘thank you’.”

For the launch Natasha interviewed a student nurse about her hopes and fears working in hospital during the pandemic.

Nigel added: “She described how it feels to lose patients, to be the one to put them in body bags and then go back home to her family. It was really powerful stuff and it kicked off our Support Student Nurses campaign.

“Natasha did a great job on the campaign launch. She relentlessly chased down MPs, put officials on the spot and given our healthcare students a voice. The quality of her work was outstanding.

“This is precisely the kind of injustice that local newspapers should be exposing.

“Last week Newsquest dailies turned their mastheads blue to salute the NHS heroes. It seemed fitting to launch our student nurses campaign this Thursday when people’s thoughts turn to doctors, nurses, midwives and paramedics on the frontline.

“Next Tuesday we celebrate International Nurses Day – what better message could the Government send than to wipe out tuition fees our youngest healthcare heroes?” 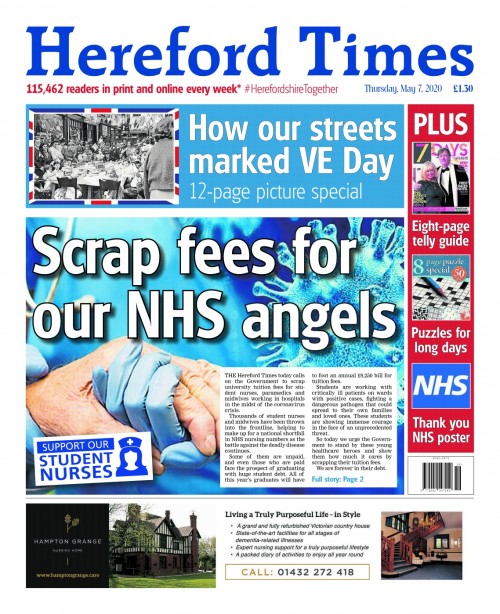