A developer has unveiled a seven-figure plan to turn a regional daily’s former office into upmarket apartments after buying the building from its publisher.

David Clark has unveiled the proposals for the old Barrow-in-Furness home of South Cumbria daily The Mail after he purchased the site from publisher Newsquest in September.

The Newspaper House building, in Abbey Road, is set to be transformed into 11 flats, pending council approval, while another £1.4m block of 14 apartments will be built in the car park area.

The Mail’s address is now listed Newspaper House, Kendal, home of sister weekly the Westmorland Gazette, but Newsquest says reporters “continue to be based within the Barrow community”. 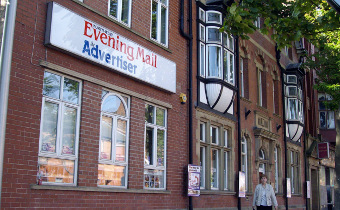 Vanessa Sims, regional group editor at Newsquest Cumbria said: “We made the decision to sell our former offices in Abbey Road as they were no longer suitable for our needs.

“The dedicated team of reporters at The Mail continue to be based within the Barrow community and are as committed as ever to bringing our loyal readers trusted news in print and online.

“We have also invested time and money in creating a wonderful working and training environment at our Newsquest Cumbria headquarters in Kendal.”

Mr Clark told The Mail he expected each apartment to be worth around £180,000 and that the conversion would take around two years to complete.

The developer said he planned to keep the name Newspaper House because the building had “played a significant role in the lives of people in Barrow”.

He said: “There is a lot of competition in the town at the moment, and when things go back to normal life, these will be aimed at professional consultants,” he said.

“We consider the location of the Mail office to be very nice, active part of the town. Close to the train station, it’s a very food location.

“We want to rejuvenate old buildings and give them new life.”