Daily newspapers across Scotland have warned of the potential impact of a government-ordered closure of pubs and restaurants on their front pages.

All Scotland’s big titles have led today on First Minister Nicola Sturgeon’s announcement, which will force the closure of licensed premises in some areas for more than two weeks.

Ms Sturgeon revealed the move will affect Scotland’s central belt, including Glasgow and Edinburgh, while bars and restaurants in other areas will also have further restrictions imposed upon them in a bid to stop the spread of coronavirus.

The Paisley Daily Express highlighted the impact of the new rules on its patch by interviewing a publican who warned the move put jobs at risk. 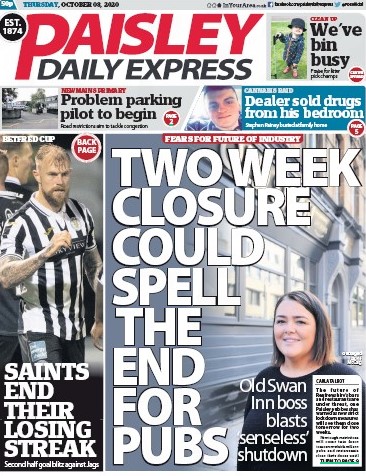 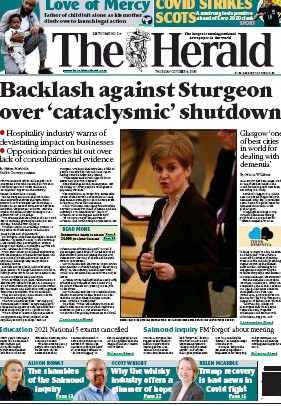 In Edinburgh, The Scotsman said the new rules had left venues “reeling” and featured an image of a lone drinker holding a pint. 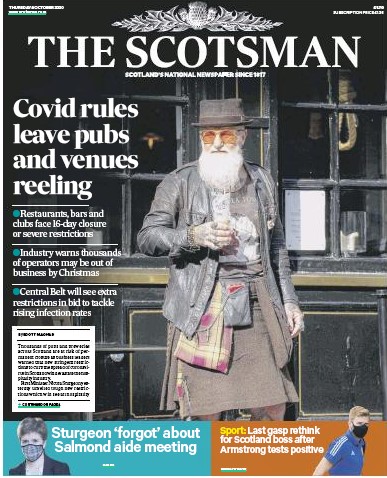 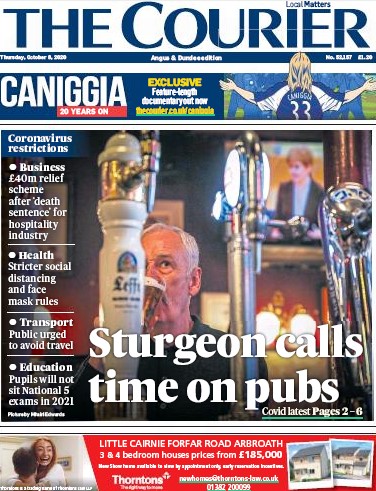 And in Aberdeen, The Press & Journal declared it “last orders” and shared fears the measure would be the “death knell” for some pubs. 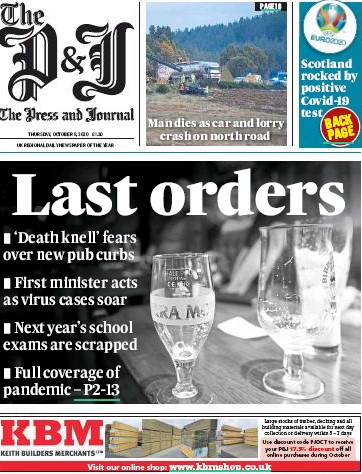