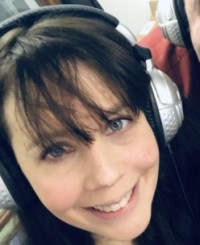 A reporter who trained as a journalist at the age of 40 has hailed the benefits of apprenticeships.

Laura Bill, who now works for the Herts Advertiser, has encouraged others after undertaking National Council for the Training of Journalists qualifications.

Laura, who trained with the Press Association, previously worked as a teacher before deciding to switch careers.

She has explained her decision in a piece for the St Albans-based Advertiser.

Wrote Laura: “Sweeping up hair, boiler suits and menial tasks for months on minimum wage. The things that sprang to mind when I heard the word apprenticeship.

“A route for those my school careers advisor called ‘the slightly less academic’ where you work your way up from pot washer to winning a Michelin Star.

“However, despite having received a 2:1 from a good university and completing a PGCE – with masters credits – I was still left me needing to learn more about the career I transitioned to after being a teacher.

“So I found myself at 40 in a brightly lit room full of 20-somethings, training to become a journalist.”

Laura, pictured, went on to describe on-the-job training as the “best bit” about her apprenticeship.

She wrote: “And that phrase totally doesn’t paint a picture of what that actually looked like, nor how absolutely life-changing it was. And critical to my success overall.

“Hours and hours of colleagues tirelessly supporting me to write an intro, come up with a decent headline, work the very-easy-to-use-if-you-are-of-the-web-programming-in-Year-2 era content management system.

“They took me under their wing to tell me important journalist things like ‘don’t make up quotes’ and ‘Never work for Mail Online’… all the essentials.”

Laura added: “It took a bit of open-mindedness to even consider the prospect of an apprenticeship alongside the financial support of my husband.

“I understand many grown-ups cannot live on a salary of £14,000 but it would be even more costly to pay for a course and not be working.”