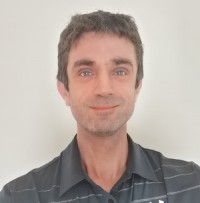 A journalist who left the regional press for public relations has been unveiled as the editor of a new local news website.

Adam Johnson has been appointed editor of Rhyl Nub News as the hyperlocal network continues its expansion across the country.

The company has also announced the launch of Frodsham Nub News, in Cheshire, which will be edited by NCTJ-qualified Emma Morgan.

The latest launches mean Nub News is now active in 47 towns across the UK.

North Wales native Adam began his career on the Denbighshire Free Press in 2001 and later became its chief reporter.

He left the industry in 2012 to work in communivations for the NHS at Betsi Cadwaladr University Health Board.

Adam, pictured, said: “Nub News has given me the opportunity to return to my roots to support a community I grew up around.”

Emma, who has a first class honours degree in modern languages from the University of Cambridge, completed her NCTJ Gold Standard diploma at News Associates, in Manchester.

The company is continuing to recruit journalists, with the roles currently being advertised on HTFP.

Chief executive Karl Hancock said: “With our third-round funding now complete, we have a clear runway for further growth.

“Adam will work alongside Richard Evans, bolstering our position in North Wales, whilst Emma joins our Cheshire team where we have existing Nub News sites in Crewe, Congleton and Macclesfield.

“We are on track to become the largest brand in online local newspapers and our ambition is to be in 700 towns in the next few years.

“There is a clear need for a new sustainable business model in local news and I believe Nub News has one. There’s nothing magical in what we do. We just deliver relevant news and features to a hyper-local audience in a pleasant way.

“Trust and community are at the heart of everything we do. If you would like to join us either as a journalist or a salesperson, please get in touch.”