Reporter barred from meeting to stop councillor being ’embarrassed’ 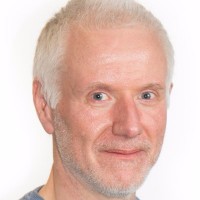 A local democracy reporter has criticised councillors who he says barred him from a meeting to stop a colleague being “potentially embarrassed”.

David Tooley, who covers Milton Keynes under the BBC-funded scheme, was denied access to a meeting of Milton Keynes Council’s standards assessment sub committee, which was held remotely via YouTube.

The committee met virtually to decide what to do about a complaint against Liberal Democrat councillor Kerrie Bradburn, who had been accused in the media of creating a fake Facebook account.

A similar meeting held earlier on the same day had decided not to hold proceedings behind closed doors.

But the live feed stopped when Cllr Brandburn’s case was raised, despite David asking the committee to put the public interest first and hold the meeting in public.

David, pictured, told HTFP: “They’re asking councillors to make a judgement on what is or is not in the public interest and to weigh it against other issues. But in this case, which was basically one councillor’s ‘right to privacy’ against the public’s right to know they opted to shut up shop.

“The allegations were already in the public domain. I had tried to make the point that they could be accused of institutional bias if they didn’t hold the meeting in public.

“So it’s interesting that they chose to close ranks to stop a fellow councillor being potentially embarrassed when they could have been open and honest about their decision making.”

During proceedings,  as reported by David in the resulting story for the Milton Keynes Citizen, Labour councillor Pauline Wallis backed a call by Conservative Saleena Raja for the meeting to be held in public.

But Cllr Wallis later changed her mind and supported the move by Lib Dem Ric Brackenbury, who was chairing the committee.

Giving his view before the decision to exclude David, Cllr Brackenbury said: “My view for what it’s worth is that not everything is in the public domain.

“We always balance the public interest against right to privacy and we do not publicise every aspect of the standards process out of fairness for the person being complained against.

“Out of respect for that person and that process we should go into private session, however I completely agree with making a public statement at the end of the meeting.”

The complaint was referred for investigation, but what was said druing the discussion is not known.

David said: “On this one, where a councillor seemed to be confused about what the issues were, I shudder to think about the quality of the actual debate and the soundness of the decision.

“The committee did announce that they have referred the matter for ‘investigation’, but quite what that means remains at least temporarily shrouded in a blanket of secrecy.”