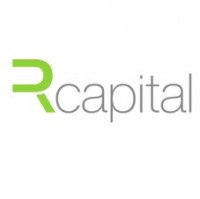 Archant’s new owner has emerged as an early contender in the race to buy JPIMedia, according to reports.

The Sunday Telegraph has claimed Rcapital Partners has “begun circling” the regional publisher, which put itself up for sale for a second time earlier this month.

Rcapital took a majority stake in Archant last month after the coronavirus crisis prompted the Norwich-based company to launch a plea for new investors.

“Yet a deal may only prove attractive if he could find a rival publisher to combine it with. Reach and Newsquest, the American-owned publisher behind The Herald in Scotland, both tabled offers for JPIMedia at the last auction.

“Jim Mullen, Reach’s new chief executive, eventually pulled out of the bidding war to focus on his strategy of using customer data to boost sales, making them an outside bet this time round.

“Newsquest owner Gannett may also not have the appetite to swallow another newspaper group after sealing a $1.4bn (£1.08bn) merger with GateHouse Media last year – but could they be tempted into a sale of their UK business?”

David Elms, UK head of media at accounting firm KPMG, gave his assessment of the situation to the Telegraph.

He said: “You have a scenario whereby the commercial foundations of these businesses are becoming more and more perilous, but they are perceived by many to be a crucial part of the media ecosystem.

“There has to be consolidation and you have to believe that it should involve at least JPIMedia, Archant and Newsquest – or two of the three.”

JPIMedia, Rcapital, National World and Reach plc declined to comment on the claims when approached by HTFP, while Newsquest has also been approached for a comment.