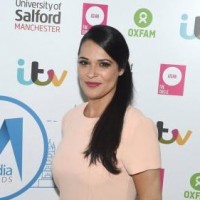 A regional journalist who co-founded a media awards scheme has died aged 45 after battling cancer.

Tributes have been paid to Umbreen Ali, who wrote for the Lancashire Telegraph until earlier this year.

Umbreen, pictured, had helped to establish the Asian Media Awards in 2013 and hosted every one of the event’s shortlist announcements and launch events.

The mother-of-three had undergone treatment for a rare form of cancer since June last year, but died on 3 December.

In a statement, the Asian Media Awards said: “Everyone who ever met Umbreen will forever remember a person who was humble, deeply modest, honest and sincere in all her dealings.

“It was an ethos on which she helped to launch this event and we do hope that we have in some way to have relayed these qualities to others.”

It added: “A talented journalist, columnist and feature writer Umbreen will also be remembered for assisting a number of community groups and charities who would not normally have been able to avail to such services.

“She will be dearly missed by us all, most of all by her family who have asked for privacy at this most difficult of time.”

Channel Four presenter Fatima Manji said: “This is terribly shocking. She was such a kind, hard-working and lovely person.

“Her enthusiasm for the Asian Media Awards was infectious. Praying for her family and friends.”

“Thank you for giving me an incredible opportunity, for recognising my hard work and showing me endless support throughout my career.

“I honestly cannot believe what I’m reading. Sending loved ones lots of strength and prayers. Rest in Peace beautiful.”

Sky News health correspondent Ashish Joshi described her death as “heartbreaking” and said she was a “champion for diversity in journalism”.

Umbreen is survived by her two sons and daughter – who are aged 19, 17 and 15 respectively.

She was buried in Dublin, where she had lived most recently, on 5 December.