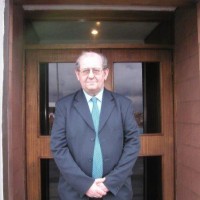 A regional journalist who also served as managing editor of a religious newspaper has died aged 73.

Tributes have been paid for Jim Coffey, who worked for titles including the Barrhead News and Renfrewshire weekly The Gazette.

During his career, Jim also worked as Scottish editor of Catholic paper The Universe and managing editor of the Scottish Catholic Observer.

Jim, pictured, died in hospital of pneumonia after developing a cough in early April.

Tom McConigley, group editor of The Gazette and Barrhead News, said: “Jim was a highly skilled journalist and it was a pleasure to have worked with him.

“He had a lot of time and patience with reporters, who were often in their first job and learning their trade.

“Everyone who met the man has only fond memories of Jim.”

Bellshill-born Jim initially studied to be a priest before switching to journalism after being introduced to a college magazine.

He served as a reporter on The Weekly News and did some work for the Sunday Post from 1970 to 1973, then worked as Scottish editor of The Universe until 1977.

Jim then worked for the Scottish Catholic Observer until 1990, when he moved to The Gazette and Barrhead News.

He held roles including sports editor there prior to his retirement in 2006.

Jim’s wife Mary, 67, told the News: “He was so interested in what was happening in the areas.

“He wanted to make sure things were getting reported and anything happening he wanted local people to know about.

“A local paper is for local people, he would say. He would listen to people and discuss things and get their point of view.

“He was just an open guy you could talk to and have discussions with.”

Jim is also survived by nephew Kevin and his children Karl, Leah and Jake, as well as a number of cousins.

The family hope to have a celebration of Jim’s life when circumstances allow.