Regional editor who went on to European career dies aged 58 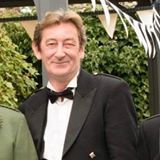 A regional editor who went on to work in Belgium and Turkey has died aged 58 after a cancer battle.

Tributes have been paid to Tony Mallett, who worked on York daily The Press and also edited the York and District Advertiser.

His later career took him to Brussels, where he worked on English language titles including The Bulletin and European Voice.

Tony, pictured, had recently suffered from cancer of the jaw and ear.

Dennis Abbott, who edited European Voice from 2001 to 2004, told EU Political Report: “I took on Tony as production editor at European Voice in January 2002. He’d previously worked at The Bulletin in Brussels, and before that at the York Press and York Advertiser

“He was a first-rate journalist with excellent drafting skills. I valued his professionalism, his easygoing approach and sense of humour.

“I knew that I could always rely on him to get the job done – no matter how late we went to press.”

Former colleague Martin Banks, a fellow native of the North-West of England, added: “It may be a cliché but, no, they do not make them like Tony anymore and more’s the pity. I very much enjoyed working with Tony for a few years at EV and then, later, in a freelance capacity.

“He was always helpful, informative, well informed about things, non judgemental – and did all this with a laugh and a joke.

“I wish there were more folk like Tony around because the world would be a richer place for it.”

And Tony’s friend James Drew said, “I knew Tony for 24 years, since he was the first editor of my journalistic career at the York and District Advertiser in 1996. He went over to Belgium first, then I followed him to Brussels, to work at European Voice as a sub-editor in 2001 under the excellent editor Dennis Abbott.

“Tony joined EV as production editor in 2002, and we worked very happily together until 2004, when I left to work for The Bulletin.

“Tony taught me a great deal about my chosen profession, about nailing the story, about the importance of professionalism and guarding your sources with your life.

“His work at EV won him much deserved praise from Dennis, and he was always a pleasure to work with. He was also a great friend, and I will miss him very much.”