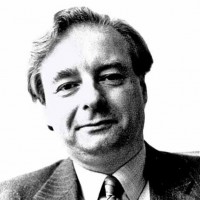 A journalist who went from the regional press to launching a new national newspaper has died aged 84.

George Woodhouse, formerly of the Lancashire Telegraph, served on the Mail on Sunday’s launch team in 1982.

George, pictured, began his career as a cub reporter on the Telegraph in his native Blackburn.

Among the scoops he landed while at the newspaper was an interview the first lorry driver on the-then new M6 Preston bypass.

According to an obituary by the MoS, George “masterminded” converting the paper from traditional ‘hot metal’ in Fleet Street to electronic technology at new offices in Kensington and travelled widely to seek out the best systems.

He retired in 1996 to live in Llandudno, Conwy, and suffered a short illness before his death.

George outlived his wife Valerie, but is survived by children, Philip, Ruth and Heather, as well as six grandchildren.