A council leader’s discovery of a 121-year-old newspaper has prompted a reader to come forward with one which is even older.

HTFP reported last week how Scottish Borders Council leader Shona Haslam found an edition of the Peebles News from 1899 in a courthouse which she is renovating.

The Border Telegraph’s coverage of discovery has now prompted another reader, Mitchell Johnston, to come forward with an edition of the Peeblesshire Advertiser dated 1 December 1859.

Mr Johnston, pictured, told the Telegraph the paper had originally belonged to his uncle John Somerville. 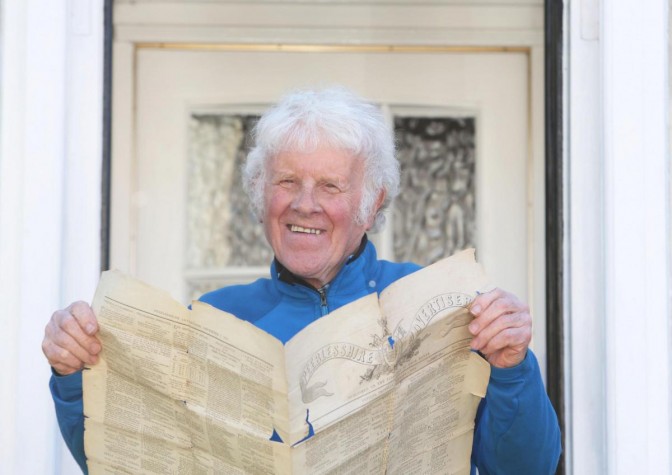 The paper was passed on to his nephew, a retired member of the merchant navy, 10 years later.

Mr Johnston, 77, told the Telegraph: “I suppose it’s quite nice to look at it and it reminds me of my uncle coming here for holidays.”