An independent publisher’s group-wide investigation has revealed the “alarming” number of unsolved burglaries in the regions it covers.

Iliffe Media examined Home Office data on the number of burglary offences in the East of England and Kent that were closed without a suspect being identified, complementing the statistics with localised case studies.

The investigation was led by Rebekah Chilvers, a senior reporter at the Lynn News, who had previously been seconded to the BBC shared data unit in Birmingham. 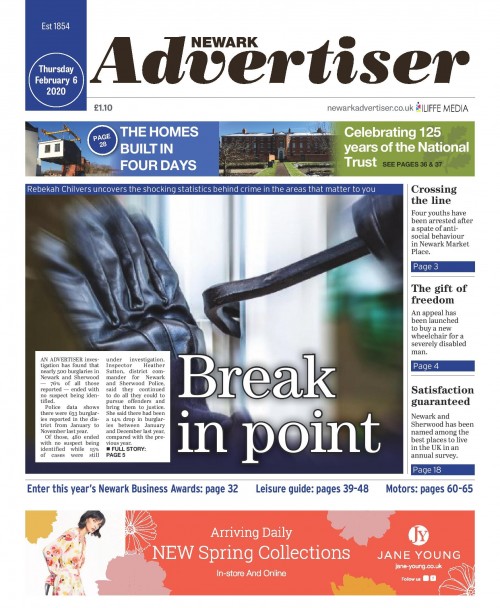 Discussing the investigation, Ian told HTFP: “It was a great piece of work, with editors provided with localised data about burglary statistics and quote from their relevant police force. These were complemented by localised case studies. In Kent, this also made for some great content for our TV and radio stations.

“When analysing the data, one issue clearly stood out – the alarming number of burglary offences that were closed without a suspect being identified.

“The response by some police press offices was also interesting, with a couple insisting the Home Office data was wrong. We put these findings to the Home Office, who rejected them.

“It struck a chord following this week’s debate about whether such press offices are primarily concerned with providing a media service or reputation management.

“This is one of the first examples of working on a group-wide basis in Iliffe as we continue to build a one team approach.”