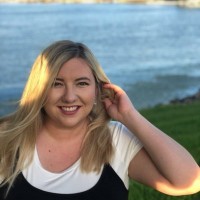 An editor has slammed police press offices as “not fit for purpose” claiming they are “trying to beat us to our own stories.”

Basingstoke Gazette editor Katie French has criticised Hampshire Constabulary over what she has claimed is its failure to provide information about crimes unless her reporters can provide a road name and time at which the incident happened.

Katie, pictured, also called for forces to “cut the middle people out” by allowing journalists to talk directly to officers.

And she accused press officers of trying to “beat us to our own story” by publishing press releases to their social media channels off the back of media enquiries submitted by the Gazette.

Posting on Twitter, she questioned whether other journalists were “finding it increasingly difficult to get straight answers out of police press offices” after attempting to find out information following a tip-off that a political party was allegedly being investigated by the Electoral Commission and Hampshire Constabulary.

Speaking to HTFP, Katie said: “When the reporter went to ask for comment and a steer from the force’s comms team, they were turned down because the reporter couldn’t provide specific dates or location.

“This is not the first time this has happened. The police press office has said before they can’t give us the details of incidents unless we can provide specific information. Nearly all crime enquiries need a road name and a time which can be, at times, impossible.

“If we fail to provide the information, we won’t get a response which on occasion means we are unable to report on some stories. ”

She added: With police officers and detectives in Hampshire under strict instructions not to talk to journalists, all queries funnelled through the press office which leaves journalists with no choice but to comply.

“While I have no doubt individual press officers work exceptionally hard, this system is not fit for purpose. I would go further to say they are letting the public down in its current format by making the access to information unnecessarily difficult.”

Katie went on to add that in recent months, the press office had “tried to beat us to our own story by publishing press releases to their social media channels off the back of a media enquiry submitted by us”.

“When did it become the case that the police are competing for likes and shares? Police forces are not news organisations and it is dangerous for them to act as such.

“Perhaps this is a rose-tinted view, but a police press office is there to act as a pathway between the journalists and police force. The role surely is to help rather than hinder reporters. Some constabularies around the country do this very well, others less so. But having spoken to other reporters, it is clear this is a national problem.

“My answer to this? Press offices need to remember the goal is not to massage the public’s perception of the constabulary at the expense of telling the truth. I would go further to say let individual officers and detectives once again build relationships with the press and cut the middle people out.

“Rumour has it, there was once a time where journalists would do a ring round of local police stations and would get a list of crimes and goings on. It provided a simple and complete picture of what was happening locally.

“Reinstating such practices would be not only hugely useful for journalists but most importantly vital to the public and may go some way to restore some trust in the police.”

“To receive information in response to an enquiry about an incident or investigation, the media need to provide details sufficient to allow that incident to be traced, including location, date and type of offence.

“On this occasion, the reporter gave two names and an allegation of harassment, and said this incident could have taken place at any time since May last year.

“We cannot answer media enquiries where names are speculatively put forward, and it was explained to the reporter that we would need more information to answer his enquiry.”