A regional publisher is considering a bid for two daily newspapers and a sister weekly, according to reports.

DC Thomson is reported to be mulling the potential acquisition of The Scotsman, Edinburgh Evening News and Scotland on Sunday from JPIMedia.

HTFP has approached DC Thomson for a response to the speculation, while JPIMedia has declined to comment. 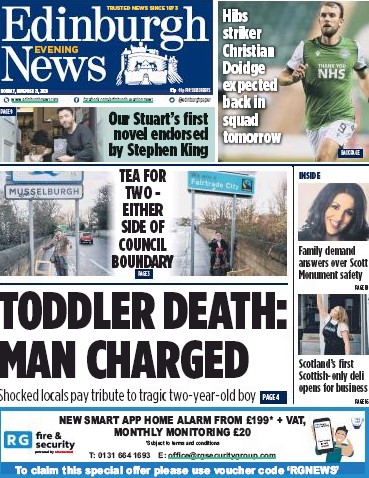 An unnamed “well-placed media insider” told Scottish Business Insider: “There is a bid being considered for The Scotsman. I don’t know whether it will definitely go ahead but it is being considered.”

The source said they could see the commercial logic of such a bid for DC Thomson, adding:  “It would give them strength down the whole east coast of Scotland.”

DC Thomson already owns the Press and Journal and Evening Express, the two main titles in Aberdeen, along with the two big Dundee dailies, The Courier and the Evening Telegraph.

It was touted as a potential buyer after JPIMedia put itself up for sale last year, but The Times said it had “mainly ruled out bidding because it considers the likes of The Scotsman to be overvalued”.

Terry added: “It would complete the coverage of the east of Scotland and in the current climate would be less likely to raise objections from the competition authorities.”

Although some parts of JPIMedia have already been hived off – notably national daily title the i and three newspaper printing plants in Portsmouth, South Yorkshire and Northern Ireland – it is understood that its preferred option is for a sale of the whole regional business as opposed to breaking the group up.

Both Archant and former Local World boss David Montgomery are since reported to have tabled offers for the company, which went back on the market in September.

JPIMedia has told HTFP it is not commenting on the ongoing sale process.