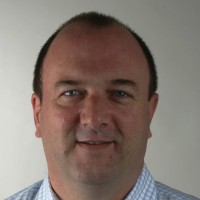 A serving regional daily journalist who was known for his “total dedication” to the newspaper has died suddenly aged 57.

Tributes have been paid to Colin Jenkins, deputy head of print at Portsmouth daily The News, who has passed away after suffering a cardiac arrest.

Colin, pictured, was previously assistant editor at the Southern Daily Echo, based in nearby Southampton.

Mark Waldron, editor of The News, was among those paying tribute.

He told HTFP: “Colin was a lovely bloke, who was a delight to work with. Everyone liked him.

“We’ll remember for him for his gentle sense of humour and his total dedication to newspapers and local news.

“He really believed in what he did, he was a proper example of a regional journalist.

“He cared about papers and would always do the job brilliantly well. We’re all going to miss him hugely.”

Colin, who died last Tuesday, began his working life as a compositor and later retrained as a journalist.

He joined the Echo newsroom in 1987 and held various positions over the next three decades – including deputy sports editor, chief sub-editor and assistant editor – before moving to Portsmouth.

Paul Collins, the Echo’s former picture editor, told his old paper: “You couldn’t find a harder working, more unflappable character, but he paired that with a dry humour and smiling Irish eyes.

“Colin was a great leader of his department in often trying times for the industry and would always be considerate to his people and those around him often putting their needs ahead of his own.

“Through all of his dedication to work I admired Colin’s ability to live the life he wanted.

“He told us of the many great experiences he had enjoyed, both himself – often on golf courses around the world – and with his partner Sharon. It’s a tragedy his great life was cut so short.”

Former Daily Echo journalist Clive Downton added: “Colin and I sat in my back garden a few weeks ago and spent a couple of hours looking back.

“We started on the production side at the Echo and later became journalists. Colin was a good journalist, calm in a crisis, very thoughtful and always great fun when out socialising.”