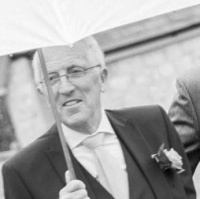 An editor known for his “wry” outlook on life has died aged 74.

Tributes have been paid to Alan Molloy, who edited the Pontypool Free Press series during a long career with its sister title the South Wales Argus.

Alan, who retired in 2011, also worked as a sub-editor at the Newport-based Argus.

He had recently battled cancer.

“I worked with him in the newsroom when he moved over from being a compositor.

“He’d regale me with stories about his three children, who he was so proud of, and always had a very wry outlook on life.”

Newport-born Alan took up a printing apprenticeship after leaving school and became a compositor, working in the print room of the Western Mail and later the Argus.

He moved into the newsroom in the 1980s, working as a reporter on the Free Press before a stint as the title’s editor.

Alan later returned to the Argus as a sub.

He was married to Val, with whom he had children Phil, Daniel and Lucy.

Phil told the Argus: “My Dad passed away at the height of the coronavirus outbreak and, despite hundreds of well-wishes sent via post, funeral restrictions meant he didn’t get the send-off he deserved.

“He has always been an absolute rock for me, bailing me out of situations you wouldn’t believe. It has given me the confidence to fly about the world trying my hand at everything.”