Two pioneering editor sisters have been honoured with a blue plaque outside their old home.

The memorial has been unveiled to Laura and Jeannie Willmer, who were editors of the Wallasey News and Birkenhead News respectively.

The sisters were influential in the Suffrage movement and ardent feminists, who were involved in the national ‘No Vote No Census’ campaign to give women the right to vote in 1919. 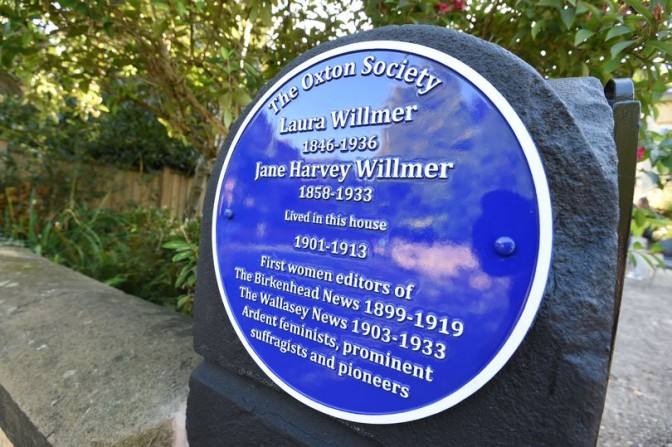 She continued to be involved in the major decisions of the company until her death in 1936.

Jeannie became editor of the Birkenhead News in 1903 having previously acted as company secretary.

The plaque at Wellington Road, Oxton, Birkenhead, was unveiled on Sunday by Maria Breslin, herself the first woman to edit the Liverpool Echo, having been commissioned by the Oxton Society.

Oxton Society chair Rhiannon Evans told the Echo: “The Blue Plaque Scheme, which operates all over the country, celebrates the links between notable local figures of the past and the building in which they lived.

“It was unusual for women in the 1900s to take control of a newspaper but the Willmer sisters were pioneers and were passionate about serving the local community.”