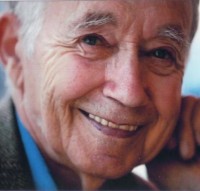 A photojournalist whose house once doubled up as a local newspaper’s production office has died aged 88.

Tributes have been paid to Malcolm McIntyre-Ure, former chief photographer at the Maidenhead Advertiser.

Paying tribute, his friend Peter Kemp told the Bucks Free Press Malcolm’s home in the Buckinghamshire village of Marlow Bottom had even served as the production office for the Marlow Times at one time.

Mr Kemp added: “He was a lovely, affable man who was always generous to others, though possessing little of his own.”

Malcolm had lived in the village of Llanbrynmair, Powys, in more recent times.

He was admitted to Bronglais Hospital, Aberystwyth, on 7 July after suffering from a leaking heart valve, something which had afflicted him since birth.

A service of thanksgiving for Malcolm’s life was held on September 17 at Aberystwyth Crematorium.